Ford's Fiesta has always been affordable and great to drive. But state of the art? Ford reckoned it was that too in the improved post-2012 seventh generation form we look at here, especially when it came to the clever three cylinder 1.0-litre petrol engine that many buyers chose. Beneath the smarter styling lay some clever user-friendly technology too - and cabin quality that made down-sizing into the car less of a chore. This was the way to right a best seller. So how does this car stack up as a secondhand buy?

Ford's Fiesta lineage goes all the way back to 1976 and in the decades since, it's remained the definitive face of the supermini sector, not only a best seller in its segment but also often the UK's best selling new car. The seventh generation model, launched in 2008, was one of the most successful yet, blending the entertaining handling for which this car has become renowned with sharp styling and clever packaging. As a result, it did its bit in restoring Ford's fortunes in Europe. By 2012 though, with all-new superminis like Peugeot's 208 and Renault's fourth generation Clio by now turning the heads of small car buyers, there was a danger it might struggle. Something Ford hoped to avert by launching the much improved MK7 model we're going to look at here. This Fiesta was still a small car but by 2012, it was thinking big in almost every way, starting with styling designed to make more of a statement in the supermini segment. Under the bonnet of this facelifted MK7 model, Ford served up an impressively clean and frugal range of petrol and diesel units, highlighted by the three cylinder 1.0-litre Ecoboost unit already seen in the larger B-Max and Focus models, the world's cleverest conventional petrol powerplant of its period. Plus buyers got a more up-market cabin, safety technology that could brake the car automatically and call for help in an accident and even a clever MyKey device to give parents greater control over young drivers who might be using the car. In short, this, on paper at least, seemed to be a thoroughly well thought out piece of supermini design. It sold until the Summer of 2017 when an all-new eighth generation model was launched.

What You Getword count: 474

If you go by the maxim that if something looks right, it is right, then you'll probably like the shape of this post-2012 improved seventh generation Fiesta. Like the original MK7 model, this revised version was offered in both three and five-door bodystyles and both are tidy pieces of styling, with a look dominated by a massive Aston Martin-like trapezoidal five-bar chrome front grille that's bracketed by a smarter set of laser-cut headlamps with LED daytime running lights. The bonnet also gained a more aggressive 'power dome' shape. Inside, the twin-cowled instrument cluster and boldly jutting centre console with its winged mobile 'phone-inspired layout for the minor controls were carried over from the original MK7 model, but Ford did do a bit of tidying up, relocating the interior door handles and the switches for the electric windows and heated seats. Though a few areas of low rent plastic still remained, this was overall a much smarter cabin, with a high-gloss finish for the upper instrument panel that flows to the lower centre console and is replicated in the door panels. A satin-chrome detailing finish was also offered, along with Ford's signature Ice Blue lighting to illuminate dials, switches and displays. Plusher variants could be made to feel really quite smart with features like a full leather-rim steering wheel and the smart five inch central colour display that supported an integrated navigation system. Ingenious storage areas abound throughout the cabin, including charging points for mobile 'phones and MP3 players. There's decent storage room too. A central arm-rest provides additional cubby space and the door pockets are large and practical. As a driver, it's also easy to get comfortable thanks to loads of seat travel, plenty of support for your back and a steering wheel that adjusts for reach and rake. If you're going to be using the back seats regularly, opt for the five-door version: in the three-door, the windows are small and set high up, so light isn't abundant. Either way though, you might be surprised at the space available: even a couple of six-footers should be reasonably happy here. The rear end of this post-2012 model features huge redesigned light clusters that smear round onto the flanks of the car, freeing up space for a very wide hatch aperture, though there is quite a high loading lip. Lift the tailgate and you'll find that the boot features an adjustable floor to simplify loading and unloading tall and heavy items. As with the original MK7 model, there's 276-litres on offer with the seats up. Should you need more, a split-folding rear bench was supplied as standard even on the cheapest models but because the seat backs merely flop onto the seat bases, the total load area when everything's folded isn't completely flat. Still, the 960-litres offered in total should be sufficient for most owners. 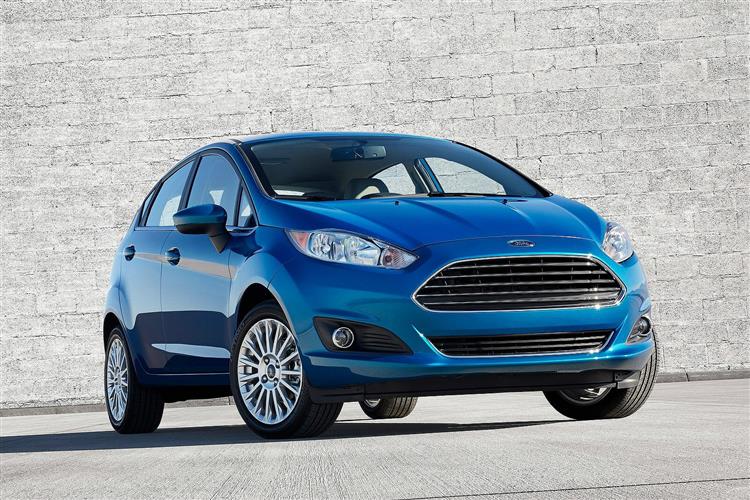