Luxury sportscar buyers traditionally sold on the charms on a Mercedes SL will certainly be sold on this sixth generation version. They'll like the lithe proportions and deft detailing, the powerful engines and luxurious technology. But there's so much more to this revolutionary MK6 model than that. It was, in every respect, a landmark machine for its maker. As every SL should be.

There aren't many truly iconic cars in the modern motor industry - but this is one of them: the Mercedes SL. The fundamental thinking behind standard setters of this sort doesn't tend to alter very much, but here it's different. Over six generations spanning as many decades, everything has changed about this car - yet in many ways, nothing is different. For Three-Pointed Star buyers, it's still the ultimate expression of sporting opulence and remains perhaps the definitive face of this legendary luxury brand. Yet one that over more than sixty years has changed from supercar to sports roadster and from there through boulevard cruiser to autobahn bruiser. A design, in other words, that through its lifetime, has managed at different times and in different forms to define everything a sportscar should be. When first the SL appeared in 1952 to spearhead the brand's peacetime return to motorsport, the post-war German economic miracle had hardly begun and many Mercedes factories still lay in ruins. Undaunted, the company's head of testing Rudolph Uhlenhaut decreed that the marque would use this car to win the Le Mans 24 hour race - which it duly did, the perfect platform for the brand's subsequent successful return to Grand Prix grid. And that might have been the end of the SL story had it not been for an entrepreneurial Austrian-born US businessman called Max Hoffman. Recognising the sales potential for a car like the SL, he persuaded the Mercedes board to reinvent it as a different kind of sporting machine, more of a grand touring GT, still fast, but not as frantic. And so were laid the foundations for the car we know today. The Gullwing version of the Fifties, the Pagoda model of the Sixties and the R107 series made famous by the Ewings on TV in 'Dallas' in the Seventies. Hi-tech arrived in 1989 with an R129 generation that pioneered pop-up rollbars and integral seatbelts. And more was served up in 2001 with an R230 series design whose folding metal Vario roof gave SL buyers both coupe and roadster rolled into one. A portfolio then, that has given us everything from affordable roadster to luxury sportscar and sensational supercar - and in so doing has laid the foundations for the Mercedes sportscar range we have today, beginning with the compact SLC and culminating with the extravagant AMG GT. The SL we're considering here as a used car buy is the original version of the sixth generation SL, the 'R231'-series model that sold between 2012 and 2016. It was a design that, like the 1952 original, properly lived up to its name. 'SL', after all, stands for 'Sport Leicht' and this car, like that one, is made almost entirely from lightweight aluminium. It sold until a significantly facelifted version was launched in the Spring of 2016. 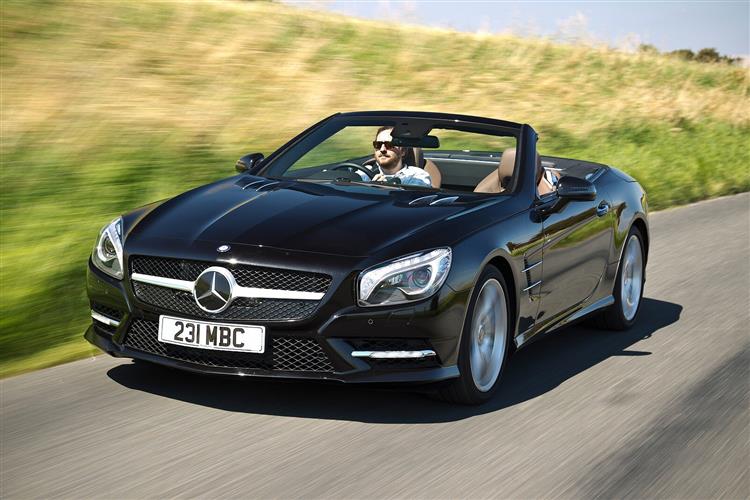