Bigger, safer, more capable and much better to drive, the third generation version of Ford's Ranger pick-up really went large in its appeal as a competitive proposition against tough segment rivals. In used form, as when new, the idea is to tempt everyone from builders to surf-boarding, mountain-biking families with what is a very complete product indeed.

Think of a pick-up and Ford is a name you just can't ignore. Japanese makers may have conquered the European market in modern times, but the Blue Oval brand has a heritage in this segment going back far further than that, with pick-up sales that have run into their millions Stateside. Even the company's very first Model T back in the early 1900s could be bought in small truck form with a closed cab and a flat deck at the back. In those days, as well as in more recent times, vehicles like these could happily be as rough as they were tough. No longer. Today's pick-up must be almost all things to all people, a hard core business tool by day and family transport by night. A load lugger and a leisure SUV all rolled into one, with car-like road manners and affordable running costs. It's a brief that many modern contenders in this segment struggle with but one Ford claimed to have got closer to meeting than ever before when they launched this third generation Ranger model early in 2012, the most complete pick-up the company had ever made. It needed to be. In the modern era, Ford hasn't found it easy to create a pick-up tailored to the needs of European customers and has been trying since 1999 when we first saw the earliest version of this model. The MK2 variant of 2006 was better, facelifted in 2009, but it still couldn't properly compete with the tough Japanese triumvirate that rule this market segment this side of the Atlantic, Mitsubishi's L200, Toyota's Hilux and Nissan's Navara. All three have always been good vehicles but have historically been very obviously commercial in feel. At its launch in 2012, this MK3 model Ranger claimed to offer something more, if not a road car with a pick-up deck, then the closest thing to that we'd yet seen, with a design versatile enough for export to over 180 countries. Perfect in principle not only for core pick-up customers like farmers, plumbers and jobbing builders but also for the self-employed private people increasingly wanting a vehicle like this as a lifestyle accessory. It sold in this guise until Ford treated the model line to a far-reaching facelift in 2016.

What You Getword count: 641

Almost the only global market in which this MK3 Ranger wasn't sold was that of the US. Apparently, it isn't big enough. Seems pretty large to us, nearly five and a half metres long and with a bulk quite intimidating enough to frighten away fast lane dawdlers. But just as the drive is in this guise a little more sophisticated, so too is the look. Australian designer Craig Metros kept it as square as any pick-up should be but sculpted the shape for a more modern and aerodynamic look. So the front end is chamfered from the signature three-bar grille back to the wheel arches, with a raked-back windscreen and a body accent line that flows through the larger headlights to the bonnet for a tough but trendier piece of penwork. Like most of its pick-up competitors, this one comes with a choice of three bodystyles - a two-seater 'Regular Cab', a so-called 'Super Cab' with its occasional rear seats and the four-door Double Cab that most end up buying. In terms of our comments, we'll start on the back seat, because it's here that traditional pick-up compromises tend to be made, with cramped legroom and, worst of all, a ridiculously upright rear backrest there to give packages in the loadbay behind priority over people. Now don't get us wrong: we're not suggesting that this MK3 Ranger radically changed things in this respect - but again, it raised the bar in this segment. By moving the central B-pillar forward, best-in-class rear legroom and knee clearance was achieved. And though this vehicle is actually narrower than an ordinary Ford Mondeo (and up to 100mm narrower than some of its rivals), it is possible to get three adults across this back seat without too much discomfort: two six-footers can certainly sit one behind the other with ease. Under the rear bench, you've hidden storage bins to keep tools and valuables away from prying eyes. Or, if the rear seat isn't in use, you can fold down the backrest for packages you may not want to consign to the rear loadbay. And up-front? Well, you climb up high to perch behind the wheel of any pick-up and this Ranger is no exception, with an airy, commanding cab offering great all-round visibility and class-leading front seat headroom. It's here that the design best delivers on its car-like claims, build quality from the South African factory seemingly very good and there's technology and switchgear recognisable from across the most advanced members of Ford's passenger car range. Gone is the awful old 'umbrella-handle' dash-mounted handbrake from the previous MK2 model and the wheel adjusts for reach as well as rake. The instrument cluster with its central LED display was apparently inspired by the design of a G-Shock watch, precision workings protected by a robust casing. And plusher models get a dash dominated by a five-inch colour screen and technology that can run to voice-controlled activation of everything from your Bluetoothed mobile 'phone to the sat nav and audio systems and even the dual-zone climate control settings. True, not all of the plastics are high grade and soft to the touch, but the brand says, with some justification, that this is mainly because the materials need to be far more durable in a utility vehicle of this kind. One that must be practical to live with - and is, with more interior space for your bits and pieces than any other competitor thanks to no fewer than 23 different stowage areas, everything from door pockets for 1.5-litre bottles to a glovebox big enough for a 16-inch laptop computer. There's also a deep 8.5-litre centre console bin that can optionally cool up to six cans of drink and big enough to shut away the smelliest Indian takeaway below an upper tray moulded to store a mobile 'phone and coins. 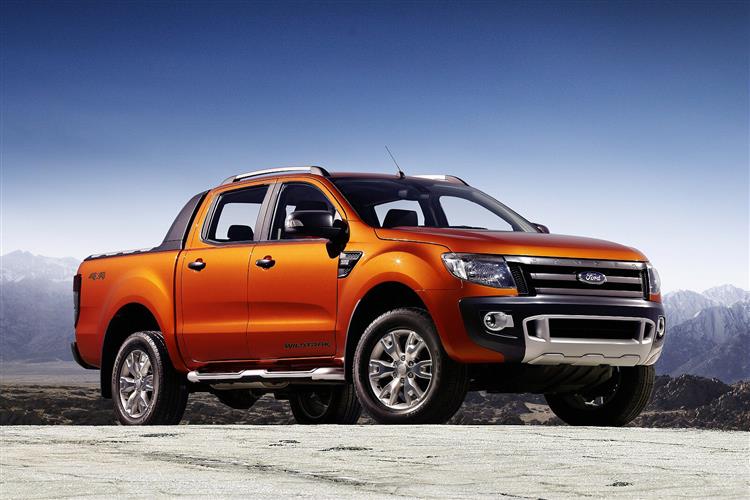