A4 FROM A CLEAN SHEET? (some text hidden)

Back in 2012, Audi's A4 needed to up its game in the face of tough competition from BMW's 3 Series and Mercedes' C-Class in the image-conscious compact executive sector. It did. By that point, this car had been on sale for four years but the changes made to the much improved version we look at here fully rejuvenated its appeal. In terms of quality, running costs and hi-tech appeal, it's a car that's hard to overlook if you're in the market for a used compact executive saloon or estate from this period.

Audi knows a thing or two about mid-sized family cars with a prestigious feel, compact executive models like this fourth generation A4, launched in 2008 and codenamed 'B8' in Audi-speak. It was a car significantly bigger and more sophisticated than any the brand had previously had in this segment and a big success. By late 2011 though, Audi could see that rivals had this model's measure, with a substantially improved Mercedes C-Class on sale and a frighteningly good all-new sixth generation BMW 3 Series just about to hit the showrooms. That explained the need for the heavily revised A4 we're looking at here as a used buy, a car launched in the early Spring of 2012. With this model, we still had the basic 2008 design, but the development team had taken it and improved just about everything possible without creating an all-new car. Hence the arrival of an A4 that was smarter, better-equipped, safer, better to drive and more-fuel efficient. An A4 fully ready to square up against the best its rivals had to give. An A4 with an even bigger dose of vorsprung durch teknic. It lasted until the arrival of the fifth generation version n the Autumn of 2015.

Aesthetic excess isn't a very Audi trait and it's certainly not much in evidence here. There were no sheet metal changes made in the 2012 facelift: just mild cosmetic updates to a front end that now featured a set of wedgy A6-style headlamps positioned either side of a smarter single-frame grille and above a re-styled bumper and revised air intakes. Move past what'll likely be a smarter set of alloy wheels to the rear and you'll find revised taillights with optional LED brilliance that sit above a sleeker bumper and re-styled rear diffuser. But, as ever, it's the cabin that'll really sell this car, as beautifully finished as ever, everything clear and elegant. With this improved MK4 model, there are revised steering wheel designs, beefier column stalks, clearer white-illuminated instrumentation displays, neat chrome detailing, updated buttons and smarter upholstery. The MMI infotainment system that most new buyers paid extra for was also easier to use, with fewer buttons and more logical menus (you could at last put a 7-digit postcode into the sat nav). Through it, A4 buyers could access a whole raft of online options, everything from Google Earth mapping to in-car internet access. In the rear, as ever with this class of car, it's comfortable for two, but something of a squash for three adults, with the unfortunate occupant in the middle having to splay his or her legs either side of a large transmission tunnel, despite the fact that this car is front wheel drive. It'll be fine for three children though. Out back, there's a 490-litre boot that's bigger than that of a BMW 3 Series or a Mercedes C-Class from this era. Split-folding rear seats extend it, in the case of the saloon, to 962-litres. Of course, if you are going to be carry bulkier stuff on a regular basis, you'll want to consider the Avant estate bodystyle, which offers a 490-litre boot extendable to as much as 1430-litres if you flatten the rear bench. 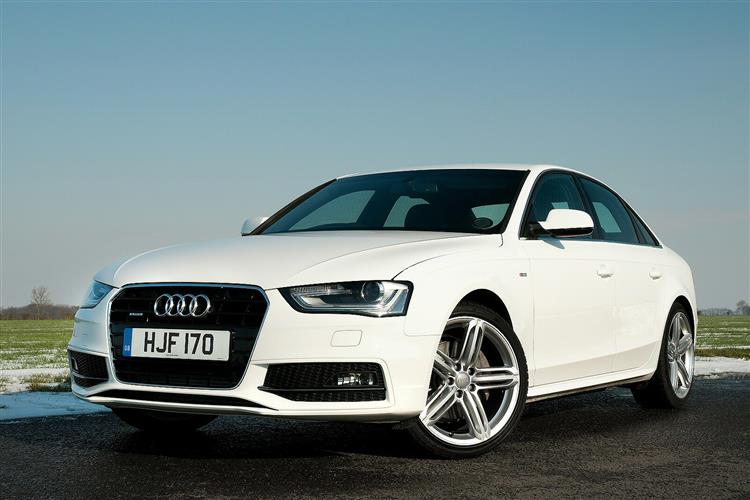