The MK1 model C-Class coupe was Mercedes' rival for the popular 2-door versions of BMW's 3-series and Audi's A5. Based on the third generation 'W204 C-Class' model and launched in 2011, it was a more clearly focus coupe than some of the company's previous models, cars like the CLC, the CLK and the E-Class coupe all failing to live up to expectations. Lower roofline aside, this C-Class coupe looks almost identical to the saloon it's based on and shares that car's engines and interior.

Before this C-Class Coupe model arrived in 2012, it had been a long time since Mercedes had fielded a credible challenger to the cars that in that era were dominating the British executive coupe sector, two-door versions of BMW's 3 Series and Audi's A5. Previous to this period, efforts from the Stuttgart brand in this regard had been surprisingly muddled. In the earlier years of the 21sy century, they had given us first the CLK, then E-Class Coupe models that were too pricey for many buyers. Which wasn't ideal given that the only alternative for Three-Pointed Star customers in this segment at this time was a C-Class Sports Coupe model that though attractive, wasn't really in the same dynamic league as its German rivals and was allowed to live long beyond its sell-by date badged as the 'Mercedes CLC'. It took until the spring of 2011 and the launch of the C-Class Coupe model we're looking at here for the brand to at last have a completely competitive contender in this category. Unlike the old C-Class Sports Coupe, this model was pricier rather than cheaper than the saloon variant upon which was based, but it did come with a degree of both perceived and actual sportiness that that car lacked. It's certainly an attractive used buy. The standard AMG bodykit takes care of the visual dynamics, while lowered sports suspension, speed-sensitive steering and active damping account for a road going response that'll surprise BMW and Audi buyers. Here then, is the most affordable route into a world of Mercedes-Benz coupe motoring revealed here in arguably its sportiest form. It sold until the launch of a second generation model in the Autumn of 2015.

Mercedes is determined that we should see this car as a fully-fledged sports coupe, rather than merely a two-door version of the C-Class saloon. Hence the standard AMG bodykit, the 18-inch alloy wheels and the 15mm lower ride height that all UK customers had to have. All of which build on the other differences that visually set this bodystyle apart from commoner saloon and estate C-Class models - the more steeply-raked windscreen, the lower roof and the shorter boot. There's also a more distinctive front end, dominated by a more prominent radiator grille and side air intakes in the bumper featuring daytime running lamps that sit low-down to create a road-hugging appearance. All this intended sportiness is there for a reason - and it isn't only to get this car on terms with BMW and Audi. This quickly becomes clear when you look at a few stats, for essentially what we have here is a product that's in many ways near-identical to Mercedes' significantly more expensive E-Class Coupe model. That car and this one sit on basically the same underpinnings. They share the same wheelbase and a number of the same engines. Indeed, aside from the fact that an E-Class Coupe is 55kgs heavier and four inches longer, there isn't really too much difference between the two cars at all. Except that they're intended to appeal to two very different audiences, the two-door E-Class targeted at older buyers, this car at younger ones. Hence this design's more dynamic look and feel, a trend that continues on inside. You sit lower-down behind an AMG-style three-spoke chrome-trimmed wheel and look ahead into three deeply cowled sports instrument dials, the largest central one of which features a smart three-dimensional display at its centre. It's a beautifully-conceived cabin, higher in class and smarter in feel than that of a BMW 3 Series Coupe or Audi A5, thanks to carefully combined use of high-gloss, matt and chrome finishes that make the high asking prices seem easier to bear. Not quite as impressive in comparison to these two rivals is the amount of legroom you get when installed in one of the two individually-sculpted sports seats that you'll find in the rear. While you might just about get away with calling the equivalent BMW or Audi 'a four-seater', this model is better considered as more of a 2+2, with occasional room for adults, though comfortable space for children. The narrow aperture of the rear side windows does make it feel a bit enclosed at the back too. We've no complaints about the boot though, very useful in size at 450-litres and further extendable if you're prepared to push forward the 60:40 split-folding rear seats. 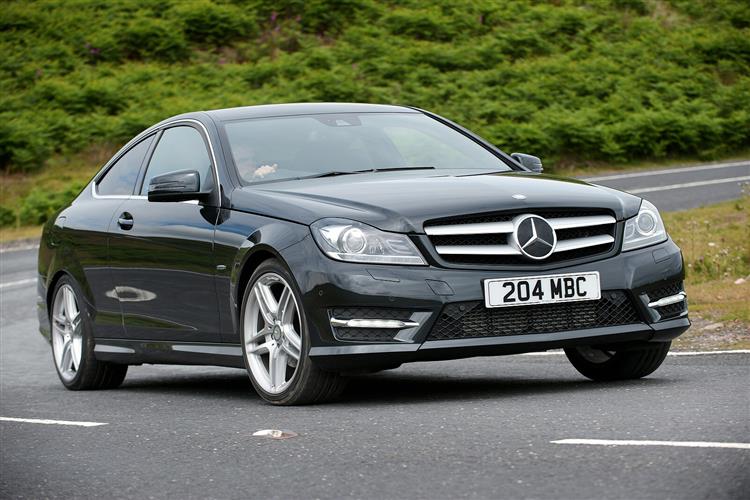