Quick. Name a middleweight panel van. You'd probably hit on a whole list of likely contenders before you came up with Nissan's Primastar. But don't dismiss the Nissan just because it's not a household name. Look a little closer and you'll realise that here is a van with all of the talents of the top contenders that's available as a used buy for considerably less. So here's the gen on this plucky underdog.

If your business is searching for a used medium-sized light van, then you're certainly not short of choice. Volkswagen's Transporter and Mercedes' Vito may both be options that spring to mind, though in truth, these stand-alone models account for a relatively small slice of the European market for mid-range LCVs of this kind. No, the biggest sales in this segment are spread across just two main designs shared by a variety of manufacturers. First there's the model badged variously as either a Citroen Dispatch, a Peugeot Expert or a Fiat Scudo. And up against it is the design that in its time took nearly 30% of the European market in this segment, the vehicle we're looking at here that when sold new was badged as either a Vauxhall Vivaro, a Renault Trafic or, as in this case, a Nissan Primastar. The Nissan is the least familiar of these three on British roads, despite the fact that when new, it was priced by far the most sharply of the trio. Like its two design stablemates, it was continually developed throughout a long production run that started in 2001 and didn't finish until 2014, most notably with the addition in 2010 of a torquier common rail 2.0-litre diesel engine, available with 115PS and fettled to the eco-conscious Euro5 standard. With anything between just over five and just under nine cubic metres of carriage capacity depending on the model chosen, it fits the bill size-wise for businesses in search of a van not too big and not too small.

Anticipating perhaps your most obvious question - why should you buy this Nissan when essentially, it's the same as a Vauxhall Vivaro or a Renault Trafic - we'd like to suggest the answer to be a very straightforward one. It's the more affordable pricing. That's assuming you don't mind this Nissan's lack of engine choice. Both the Vauxhall and the Renault offer an additional lowered-powered 90PS entry-level version of this model's 2.0-litre dCi diesel, a unit that Primastar customers do without. But the 115PS powerplant is the one to choose, so it's no great hardship doing without the 90PS lump in the Primastar. But if there's little choice under the bonnet, you can at least enjoy all the usual control you'd want over the shape of this model, with four size formats based on short or long wheelbase, low or high roof. That means carriage capacities that range from just over 5m3 for the most compact short wheelbase/low roof variant to as much as 8.36m3 for the biggest long wheelbase/high roof variant. Payloads range from 1045 to 1263 kg, depending on load configuration and engine type. There's a choice of Gross Vehicle Weights that range between 2790 and 3030kg depending on the model chosen. And if your carriage priorities centre around people rather than packages, you can find yourself a Primastar designed as a nine-seater minibus. As for equipment levels, well across the range, you can expect to find features like an MP3-compatible CD stereo with steering wheel controls and an aux-in socket, tinted windows and a height-adjustable driver's seat. We would though, suggest that you try if at all possible to at least go for a mid-spec model since the entry-level variant doesn't include a full-height bulkhead to keep the cab quiet and even makes you manually wind up the windows. Middle-ranking Primastars also get really useful additions like Bluetooth compatibility for your mobile 'phone, a trip computer and parking sensors, plus, if you find an example specified with the 'Comfort Pack', you'll also get air conditioning, a driver's armrest, front foglamps and auto headlamps and wipers. Talking of extra cost packs, you might feel the need to find a Primastar whose original owner built upon the rather basic safety provision offered by standard versions of this vehicle. Ordinary variants got a driver's airbag and ABS braking, but try and find one that was fitted with the 'Safety Pack', which further threw in ESP stability control and a passenger airbag. 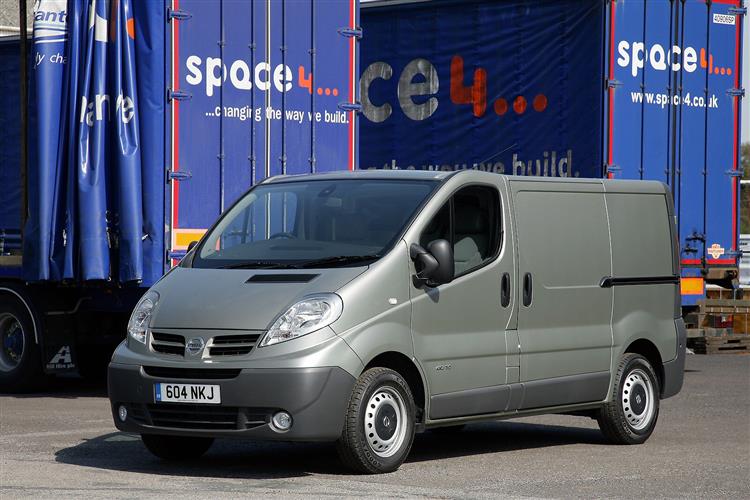