Mercedes' third generation M-Class demonstrated that big SUVs could still be a responsible choice - and a lot more besides. Beautifully made, quietly capable and state of the art in every conceivable way, it redefined the way we looked at the luxury 4x4. It wouldn't stride across hostile terrain quite like a Range Rover or power around a track quite like a BMW X5, but that wasn't a problem. Mercedes intentionally set out to offer more of a middle ground between those two extremes and, to a large extent, succeeded. Specified for off-road use, it would deliver the mud-plugging prowess to suit any right-minded user. Yet, with AirMATIC suspension, it would ride like a Roller.

Think of all the reasons not to like a large, luxury SUV 4x4. Thirst. Poor performance. Huge tax liabilities. Wobbly handling. Yet middle class motorists still love them, patiently sure perhaps that one day, the brands involved would bring us something better. Something like this - the third generation Mercedes M-Class. This has long been the world's most popular luxury 4x4, paving a path that other plush SUVs - BMW's X5, Volvo's XC90 and Audi's Q7 - would quickly follow. And improve upon. Initially, that wasn't difficult, given that the first generation version of this car was a bit of an embarrassment. Still, Mercedes quickly sorted things out with a second generation 2005 model much closer in quality to what we expect from the Three-Pointed Star. You still couldn't have called it a class leader though, the car being neither sharp enough on-road or capable enough off it for that. It's successor though, the MK3 W166 model we look at here, can be specified to satisfy buyers of either preference, all the while delivering running cost returns impressive enough to leave rivals questioning their Vorsprung Durch Teknic or wondering on the Efficiency of their Dynamics. It was launched early in 2012. With this car, Mercedes claimed it'd finally established what an M-Class should be. But does that mean you should buy a used one? With the car now replaced by the brand's GLE-Class model since the Spring of 2015, now might be the right time to check out a previously-owned third generation M model.

What You Getword count: 215

The third-generation M-Class is longer, wider and lower than its predecessors, with a more strident and powerful look replacing the gentle curves of the older MK2 model. The front is dominated by a three-bar radiator grille, below which LED daytime running lights are set into chrome inserts integrated into the bumpers. At the rear, there's a three-piece spoiler fitted to the powered tailgate which raises to reveal a spacious 690-litre boot. For the driver, there's a leather-stitched four-spoke multifunction steering wheel that has no fewer than 12 control buttons for the trip computer, the radio and the telephone. Dominating the centre of the stitched leather dash is a large colour screen for the infotainment system linked to a metal controller on the centre console. All versions of this car come with smart AMG alloy wheels of at least 19-inch in size, a tyre pressure warning system, metallic paint, aluminium roof rails, auto headlamps and wipers, an 'Active Park Assist' system that measures spaces and steers you into them, an AMG bodykit, rear privacy glass, a powered tailgate, sports seats trimmed in artificial 'Artico' leather with power adjustment, the 7G-TRONIC plus 7-speed automatic gearbox, a high quality 'Audio 20' stereo system, automatic climate control and Hill Start Assist to stop you drifting backwards on uphill junctions. 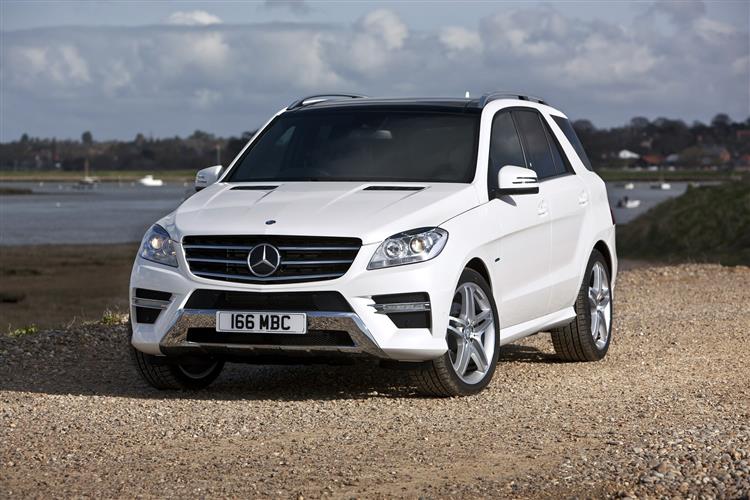