ALL THE SMALL THINGS (some text hidden)

Vauxhall has been turning its hand to small vans with some success for over 40 years. Those of you with longer memories might well recall the Chevanne of the 1970s. That was replaced by the Astravan, but slotting in beneath came the Novavan for city operators who wanted to keep things even more economical. Vauxhall's subsequent Corsa was a natural for the van treatment and this duly appeared in 1993. At the tail end of 2006, Vauxhall unveiled the van we examine here, the Mk 4 Corsavan. It's been a favourite right through to its replacement by an all-new Corsa range in 2015. Here's what to look for when buying used.

Buoyed by the success of prior Corsavan generations, Vauxhall designed the 2007 Corsa with an eye to creating a van version. The suspension couldn't intrude too far into the car and there needed to be a flat load floor that was as broad and long as possible, all factors which informed the design of the passenger car too. Launched with a choice of 1.2-litre petrol or 1.3-litre diesel engines, the range was soon joined in late 2007 with the Sportive trim. This got a styling pack which includes body-coloured side mouldings, front fog lights, a sports exhaust tailpipe and 15-inch alloy wheels. Other features over and above the standard Corsavan include heated, body-coloured door mirrors, sports instruments, air conditioning, electric windows and sports seats. At the end of 2010, the Corsavan ecoFLEX became the first Vauxhall commercial vehicle to feature Start/Stop technology, enabling the Euro 5-compliant 1.3 CDTi (75PS) models to achieve 70.6mpg, a near 8mpg (or more than 12 per cent improvement) on the combined cycle over the previous Euro 4 model. CO2 emissions improved to 105g/km. Vauxhall didn't stop there though. In July 2011, the ecoFLEX became even cleaner. The 95PS version achieved a sub-100g/km figure through a host of efficiency improvements including a variable geometry turbocharger, a lowered chassis, aerodynamic wheel covers and optimised gear ratios with a 'shift up' indicator. These upgrades got it through the Euro 5 compliancy and meant an impressive 78.3mpg on the combined cycle. In May 2012 the 1.2-litre petrol engine got a start/stop system. The company was quick to recognise the benefits of DAB radios and offered them to Corsavan customers for just £195 as far back as October 2012.

Jump inside the Corsavan and it's probably a bit plusher than you expect for a small commercial vehicle cabin, with the soft-touch materials that supermini car buyers now increasingly expect. But this also remains a sturdily-built contender, with chunky controls and durable materials that should cope with all the dust, dirt, rough treatment and spilt tea that typical LCV drivers can dish out. In-cabin storage is impressive, with a two-tier bin in each of the doors, the bottom part of which will accommodate a cup or a can. Actually, there are cupholders everywhere, two in front of the gearstick, one behind the handbrake lever and yet another on the inner face of the glovebox lid. To make up for the tiny glovebox, there's also a storage tray under the passenger seat and a document pocket in the driver's sun visor. All Corsavans are reasonably equipped, coming fitted with a CD stereo, remote central locking, a 12v powerpoint, electric mirrors, side protection mouldings and tinted tailgate glass. Unfortunately, you have to pay extra for powered windows, as well as height adjustment for the steering wheel and driver's seat. The need to pay extra for air conditioning is less surprising: bear in mind if you do that for some reason, this will reduce your Corsavan's towing capacity by 20kgs. Safety-wise, there's only a driver's airbag in the standard tally, though a passenger bag is on the options list. It's disappointing to find ESP stability control also there, but in compensation, there's a whole raft of other safety technology fitted as standard. The ABS braking system, for example, will flash in emergency stops to warn following motorists and there's Electronic Brakeforce Distribution to make it more effective and Emergency Brake Assist to aid in sudden stops aided by a Straight Line Stability Control system. Cornering Brake Control is there to help should you have to brake halfway through a bend, while Dynamic Safety Suspension is designed to help you keep control if you brake on surfaces with different levels of grip, such as gravel and dry tarmac. And there's Drag Torque Control that helps stability if you suddenly take your foot off the accelerator. Should all of this fail to stop you having an accident, you'll be relieved to know that this van scored the maximum score of five stars in Euro NCAP safety testing for adult occupant protection. 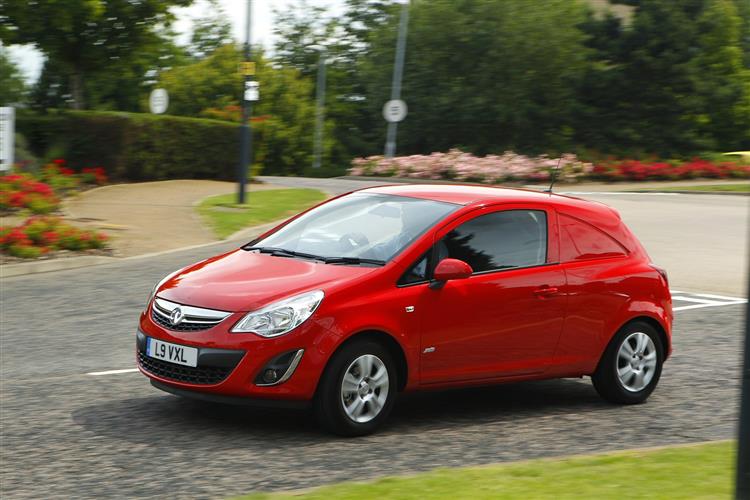