The Porsche Cayenne got off to a rough start in life. When it first arrived in 2002, few were delighted with its styling, many feeling that it tried to unsuccessfully transfer too many design cues from its sports cars onto an SUV. Then there was the backlash from many who felt that Porsche had no business making 4x4s and should instead stick to what it did best; namely making sports cars. Gradually, through sheer intensive development, the Cayenne won people over. The big win came in 2010 with the launch of the second-generation car which expressed its own identity far more articulately. Here's what to look for when tracking down a used example.

The second generation Cayenne made landfall in May 2010 with a line-up that comprised three petrol models; 300PS 3.6-litre V6 Cayenne, 400PS 4.8-litre V8 Cayenne S and 500PS 4.8-litre V8 Cayenne Turbo. These models were augmented by the popular 240PS 3.0-litre V6 Cayenne diesel and the specialist interest 380PS 3.0-litre V6 petrol/electric Cayenne S Hybrid. Take-up was strong right from the outset, but within a year, Porsche had started tweaking the range. In April 2011, the Cayenne diesel saw its power output edge up to 245PS. At the same time, Porsche introduced a Powerkit that added 40PS to the already frantic Turbo model and also made a series of improvements to the S Hybrid, including the ability to drive on electric power from a cold start. The sporty Cayenne GTS was introduced a year later, a 420PS V8 petrol engine being paired with firmer suspension, a lower ride height and aggressive body styling. The diesel range got a shot in the arm in September 2012 with the introduction of the potent 381PS twin turbo 4.2 V8 Cayenne S diesel, while the tail end of that year saw the Turbo S flagship introduced, a model packing some 550PS. The range was thoroughly updated in autumn 2014.

As much as you can admire the old Cayenne for its technical prowess, it was nevertheless hard to get past its rather bulbous styling but Porsche is on a roll at the moment. We'll skip over the Panamera and move swiftly onto the latest Boxster and 911, the 918 hypercar and the second gen Cayenne, all amongst the best looking cars in their respective classes. The Cayenne matured really well. It's less physically imposing than the original car and that can only be a good thing, looking sleeker and more subtle and just more Porsche. If the car looks more compact these days, you'll realise it's a bit of sophistry from the stylist's pen. Get inside and you'll find a good deal more space, thanks to this car's 60mm increase in length over the first generation models. Three adults can now sit easily across the back seat - though two would as usual be more comfortable - thanks to two things. First that the centre transmission tunnel is usefully low. And second that the rear seat can slide backwards by up to 160mm to prioritise legroom if you're not using all the boot capacity. As you'd expect, this seat can also recline (into three different positions) as well as split and fold (electrically if you pay extra, though even that system doesn't leave you with a completely level surface when everything's folded flat). Still, once you've dropped the seats, the 670-litre luggage bay's capacity is upped to a useful 1780-litres. 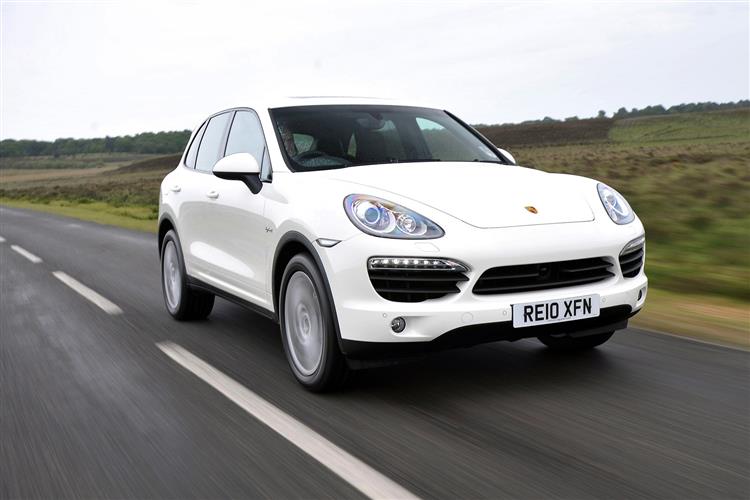