If asked what car has had the biggest positive effect in improving the image of modern Mercedes vehicles, I'd look past the clever A-Class, the halo SLS AMG gull wing coupe and even the iconic S-Class. Instead, I'd point to the C63 AMG. You might question the relevance of a 6.2-litre V8-engined car that was launched just as the credit crunch was slotting into overdrive but here is a model that fundamentally changed Mercedes' reputation. Prior to this car, Mercedes wasn't really considered a top-drawer broker of performance vehicles. The C63 AMG changed all that. Here's what to look for when tracking down a used saloon, coupe or estate example of this landmark model.

The year 2007 was pivotal for Mercedes. This was the time that, after fourteen years in the shadow of the BMW 3 Series, the C-Class finally stepped out and asserted itself. For so long, too many aspects of the C-Class had been a copy of BMW's strategy, yet it felt like a car without a great deal of personality, that was leaning on rather than enhancing that three-pointed star. In March of 2007 we got the W204 car, the third generation C-Class, and it delivered a return to reassuring quality and driver appeal. Stuttgart was back in the game. The C63 AMG was announced towards the tail end of 2007 for a 2008 model year launch. It looked to be continuing a trend of AMG-badged compact sports saloons that began with the 276bhp C36 AMG in 1993 and continued onwards with the rarely seen C43 and C55 models. Compared to these, the C63 was in a different league - and it needed to be if it was to maintain a place at the top table with the world's performance saloon elite. Under the bonnet, Stuttgart knew that quite a powerplant would be needed if this car was to mix it with BMW's M3 and Audi's RS4, rivals that both harboured 414bhp V8s. The Mercedes AMG engineers responded with a massive normally-aspirated 6208cc unit that trumped both these competitors. There was a wider range of bodystyles too, with saloon, estate and coupe options. The C-Class received a facelift in 2012 and the C63 AMG was uprated too. The front became sleeker, plus there were revised bumpers, an aluminium bonnet with a modified powerdome, new lights and rear diffuser fins. The gearbox was upgraded to the seven-speed AMG Speedshift MCT sports transmission and while the engine was still rated at 457bhp, Mercedes offered an AMG Performance pack which upped power to 487bhp by lifting the forged pistons, connecting rods and lightweight crankshaft from the SLS supercar. To give the car an appropriate send off, Mercedes introduced a high power Edition 507 limited run model in 2013.

Visually, the C63 leaves you in no doubt that it isn't an ordinary C-Class. The flared wheelarches accommodate the wider front and rear track and a pair of power dome bulges in the bonnet hint at the kind of muscle that's waiting ready to be flexed in the engine bay. The grille is filled in with a honeycomb pattern, as are the snarling air-intakes sliced into the under bumper area. 18" AMG alloys, side skirts, four chrome exhaust pipes and a subtle boot lid spoiler are amongst the other standout features. The interior centrepieces are the AMG three-spoke performance steering wheel with the flat bottomed design that's cropping up in every fast car at the moment and the multi-adjustable driver's seat. For a car with this much go, it's reassuring to see that the braking system has been the subject of intense development on the part of the design team. All four wheels get ventilated discs that clamp down with some ferocity thanks to the six and four piston callipers at the front and rear respectively. Working in tandem with these brakes is the three stage ESP system that can be activated, deactivated or switched to a compromise Sport mode. The Sport mode allows for a greater degree of understeer or oversteer before it intervenes by braking the relevant wheels or cutting engine torque. It all makes for a more involving driving experience and real tearaways can turn the whole ESP system off and drive as nature intended but Mercedes recommend that you save this for the racetrack. In both "Sport" and "ESP off" mode, the ESP reactivates under braking but then reverts to the desired mode once the pedal is released. 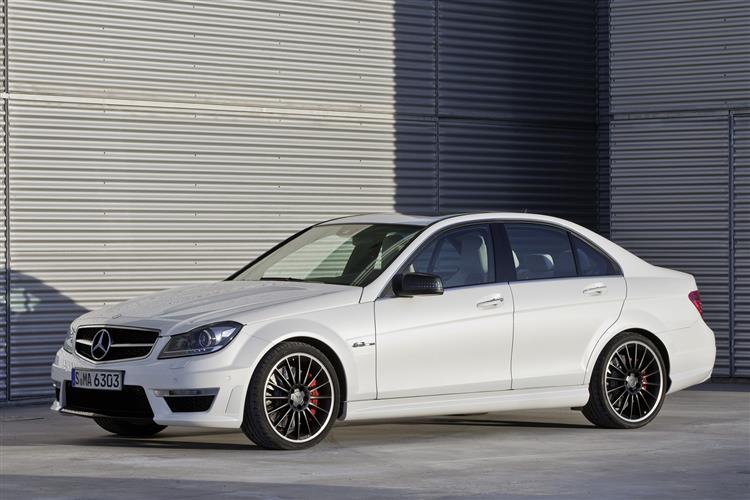