Strange, isn't it, how our perceptions of vehicles change? Take a product like the Nissan's X-TRAIL. When this second generation version was launched in 2007, we were hardly allowed to call it an 'SUV', let alone a 4x4, even though it clearly was. The Japanese brand, you see, was targeting the 'lifestyle' market with this car, people who liked the thought of rough and rugged motoring but were put off by anything too extreme and certainly didn't relish the thought of offroader-style running costs. It was a car for suburban families rather than something Bear Grylls would chew the head off a snake in the back of. But back then, Nissan didn't have a range of so-called 'Crossover' models - the little Juke, the spacious Qashqai and the ritzy Murano. These certainly weren't SUVs or 4x4s - instead more like family cars in automotive hiking gear. By comparison, they suddenly made this X-TRAIL look a very serious mud-plugger indeed. Which was how we were invited to view it in facelifted MK2 guise introduced to the British market in early 2011. How does it stack up as a used buy?

With the demise of the rugged Patrol in 2009, Nissan had a bit of an identity issue. Its range was becoming stuffed with lightweight crossovers and there was only the Pathfinder that really looked as if could look after itself when the tarmac ended. Its answer was to beef up the X-Trail's image. Whereas the focus used to be on clever packaging solutions and legroom, speak to Nissan about the 2011 model year X-Trail and all you got back was talk of its clever All-Mode 4x4-i intelligent four-wheel-drive system, its hill descent control for jungle slopes and even references to way that its individually braked wheels could act out the role of axle diffs. The styling was updated, the interior upgraded and customers got the cleaner, more efficient diesel engine it would need to properly compete against rivals like Land Rover's Freelander, Toyota's RAV4, Honda's CR-V and Volkswagen's Tiguan. Perhaps the X-TRAIL rather fell between two stools, offering neither the slickness of a Tiguan or the go-anywhere appeal of a Freelander, but sales were a lot slower than they ought to have been. Nissan tried to boost interest with the introduction of a range-topping Platinum edition in late 2011 and followed that a year later with the n-tec+ model to appeal to private buyers. Sales never really recovered and Nissan finally announced an all-new X-TRAIL for 2014.

This car slotted into Nissan's range just above the Qashqai Crossover and just below the larger, more ponderous 7-seater Pathfinder SUV. At first glance, the opening used prices for this model look a little more expensive than its obvious rivals, but that's only because Nissan didn't bother with the lower-powered engines and bargain basement trim levels that brands with wider ranges provide. Comparable this vehicle with similarly specified and equivalently powerful competitors of a similar vintage and you'll actually find that it's priced very tightly. Whether you choose your 2.0 dCi diesel X-TRAIL in 173PS manual form or as a 150PS automatic, it'll come with 4WD, no longer a given in this class. It'll also come with a very decent level of spec. So expect to find alloy wheels, full body coloured bumpers, privacy glass, electric windows and mirrors, a drive computer, climate controlled air-conditioning, Bluetooth phone integration, plus auto headlamps and wipers, cruise control and a decent quality MP3-compatible CD/radio with 4 speakers and steering wheel controls. Plusher versions get leather, powered and heated seats, xenon headlamps, power folding door mirrors, a panoramic glass sunroof, a 'Connect Premium' HDD satnav with music server and USB port, a rear parking camera, xenon headlights and a 9-speaker BOSE sound system. Safety-wise, there are twin front, side and curtain airbags, plus the usual electronic assistance for the braking, traction and stability systems to hopefully ensure that they'll never be needed. For the record, the 2011 model year improvements amounted to a redesigned front grille, flanked by smarter headlamps and flowing down into a revised bumper assembly, the bottom part of which is angled outwards to try and visually widen the car. The profile of the design was slightly more purposeful too, thanks to larger wheels, while at the back, you'll find a set of revised LED tail lamps. Inside, the interior, previously a bit plasticky and dour, was polished up a bit with better materials and stitching. 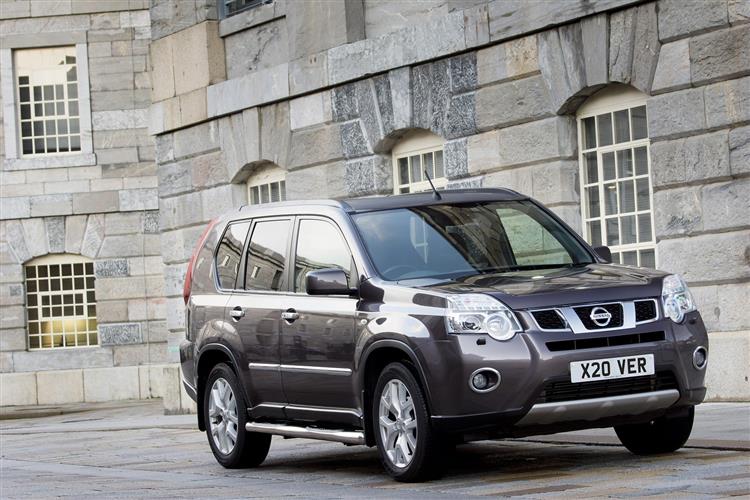