Looking for a tip for an underrated family hatch? Try Peugeot's 308. Expectations were low after the frankly dreadful 307, so we were all rather pleasantly surprised back in 2007 when the first cars appeared. Fast forward to 2011 and we got a facelifted version that was even better. That's the version we're ging to look at here. It's a mark of that car's success that when Peugeot decided to replace it with an all-new car in late 2013, it chose to keep the 308 name. If you're looking for a bargain used buy that drives well and looks modern, you know what to do.

The development of Peugeot's family hatches has quite a common bond with spinning plates. Just as it gets one thing right, another facet to the car drops away. It addresses that and the first attribute teeters out of control. Think back to the 306 and this was a car that looked good, drove brilliantly but was off the pace in terms of quality and practicality. Its replacement, the 307 was the polar opposite, Peugeot devoting so much resource to creating plenty of space and improving the finish that it was deathly dull to drive and its bottom-feeder face was hard to warm to. With the 308, Peugeot tried to bring all the stars into alignment and almost got it right straight off the bat. Despite being built on the same platform as the 307, it's better to drive and features more efficient engines. Thing is, it was hardly much better looking. Then the May 2011 facelift came along and rectified that, creating a car that was genuinely competitive but which was overlooked by many in favour of a Golf, a Focus, an Astra or a Megane. As a used buy, it's a conspicuous bargain.

The range of five-door hatchback 308 model engine options is as wide as you'd expect - normally aspirated 1.4 or 1.6-litre petrol VTi variants or the 156 or 200PS THP turbo petrol models. Then there are those HDi diesel options, 92 or 112PS 1.6s or the 2.0-litre 150 or 163PS units. Normally aspirated petrol models and the feeblest diesel have 5-speed gearboxes, but otherwise there's a 6-speed transmission used across the range. Whichever variant you choose, you'll find equipment levels better than they used to be, all models fitted with air conditioning, a decent quality CD stereo, remote central locking and power for all windows and mirrors. Safety-wise, all variants feature twin front, side and curtain airbags plus all the usual electronic assistance for braking, traction and stability control to hopefully ensure that they'll never be needed. All of which justifies a very strong showing in EURO NCAP safety testing which saw this car get five stars out of five for adult frontal crash protection, four stars for child safety and three stars out of four for pedestrian protection. Headroom's excellent in the back, even for a couple of six footers, despite the sloping roofline. As with virtually all family hatchbacks, it's a space intended for two adults or three children. Try and fit three burly people back here and it'd be a bit of a squash. Once you are installed here, there are no MPV-like touches to see the seats sliding or reclining for greater comfort, but one clever feature we do like is the way the clever rear shelf lets you get things out of the boot without having to go outside. Well, smaller things anyway. For bigger stuff, you'll need to open the rear hatch in the conventional way and get at your goods over the rather high loading sill. There's 347-litres of space, a figure that increases to 1398-litres once you flatten the 60:40 split-folding rear seats. If you need more, try the SW estate version. 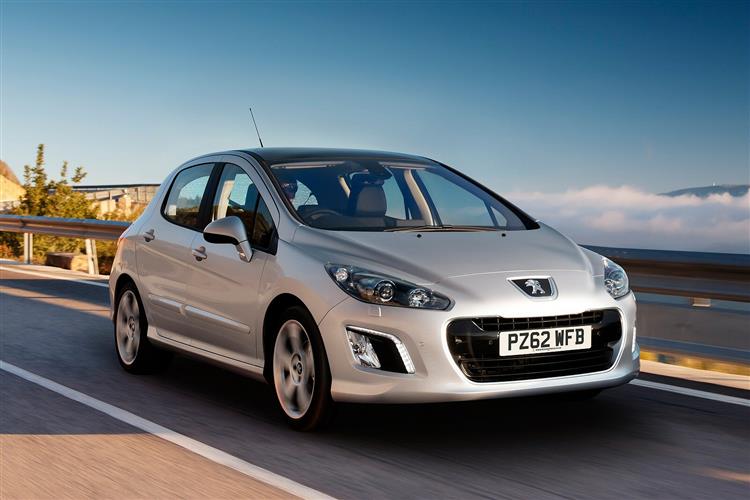