Sometimes buying the default option isn't always best. Manufacturers get lazy over time and rely on customers not doing their homework, cutting costs in the background and coining a short term profit. It was never like that with the Ford Transit. It's been an easy recommendation for so long that it must have been tempting for Ford to rest on its laurels a little, to feel that they didn't need to invest quite so much in this byword for medium vans. Unfortunately for Ford's opponents, the Transit's just become better and better. Here's how to track down a good used fifth-generation model.

The Ford Transit's history starts way back in 1965 but we're going to press the fast forward button and spool quickly past the Mark Two (1978-1986), the Mark Three (1986-2000) and the Mark Four (2000-2006). The model we look at here was built between 2006 and 2013 and while it wasn't a new from the ground up design, it was nevertheless a fairly extensive refresh of the Mark Four; certainly enough to get its own model designation. Uniquely, Ford has always attempted to do something with this product that no other brand has felt able to manage, namely to straddle two distinct LCV market sectors - medium-sized vans and the very largest ones - with one single product. Vauxhall needed its Vivaro and Movano models to do this, Renault its Traffic and Master, Mercedes its Vito and Sprinter, Volkswagen its Transporter and Crafter - and the list goes on. Ford contends that this is because such rival products are less flexible and adaptable than this Transit - and the list of its derivatives seems to bear this out. From 78 variants back in 1965, by the time of this MK5 model, the range had grown to a choice of over 600 entities, including an enormous Jumbo van model to take on the largest of its rivals. Mid 2006 saw the launch of the Sport Van, a limited production Van featuring the 130PS 2.2 diesel engine with additional styling parts including body stripes and 18-inch alloy wheels. Late 2007 saw the launch of the 140PS powerplant for front wheel drive models, replacing the 130PS unit and coming complete with the VMT6 6-speed manual transaxle to cope with the extra power. The same 6-speed transaxle was introduced to volume mid-power front-wheel drive Transit variants in late 2008 when the 110PS unit saw its power increased to 115PS. In 2009, the "coated Diesel Particulate Filter" (cDPF) - designed to meet higher emission standards than the Euro IV requirement - was introduced as an option on all diesel engines. The Transit ECOnetic version was launched in summer 2009. Based on a Transit 280 SWB Van with 2.2-litre 115PS Duratorq TDCi power, this variant quickly became a fleet favourite with its 39.2mpg economy and 189g/km emissions. By 2013, the development of the MK5 model had run its course and Ford decided to replace the range with not one but two different designs. The Transit Custom arrived first in early 2013 to satisfy customers in the medium-sized Volkswagen Transporter/Vauxhall Vivaro/Peugeot Expert/Mercedes Vito market. Then late in 2013, a larger model, designated simply 'Transit', was launched to take on bigger competitors in the Volkswagen Crafter/Vauxhall Movano/Peugeot Boxer/Mercedes Sprinter segment. With over seven million vans sold, the Transit is undoubtedly a winning formula. It just keeps getting reinvented. What You Pay (used_pay)

As for rivals, well they're many and varied of course. Short and medium wheelbase Transit models compete mainly with Medium-sized vans like Vauxhall's Vivaro, Renault's Traffic, Volkswagen's Transporter, Mercedes' Vito, Peugeot's Expert and Citroen's Dispatch. Long wheelbase and Jumbo Transit variants in contrast, are targeted more at large van segment rivals - the Vauxhall Movano/Renault Master design for example. Or the Mercedes Sprinter/VW Crafter collaboration. And of course the vehicle you'll find variously badged as either a Peugeot Boxer, a Citroen Relay or a Fiat Ducato. Whichever Transit trim level you end up getting, you should find that your vehicle will come decently equipped. With virtually all models, you can expect to find features like tinted glass, electric windows, a decent quality MP3-compatible CD stereo with steering wheel remote controls and an AUX jack for portable music players, a Thatcham Category 1 alarm, a sliding side door, a bulkhead and a remote central locking system that's configurable so operators can choose which doors are unlocked in which order when selected buttons on the water-proof, self-charging remote key are pressed. Safety-wise, though only a single driver's airbag is standard (front passenger and side curtain airbags were only optional), there's ABS braking with electronic brakeforce distribution to make it more effective and emergency Brake Assist, plus ESP stability control is included across the range. 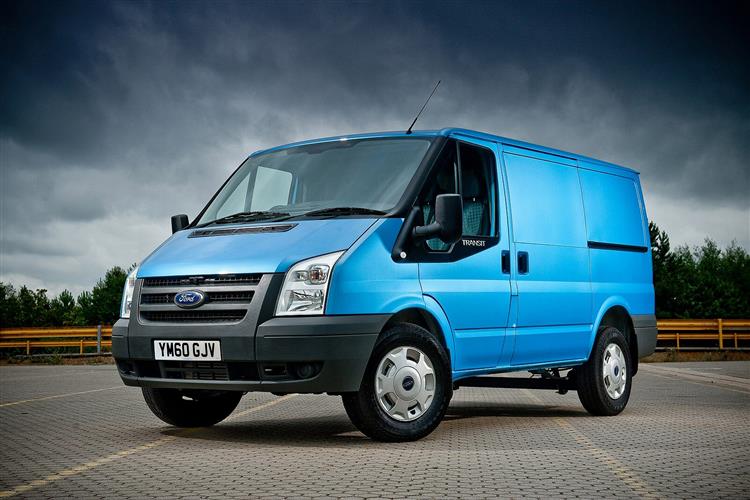