THE LATE SHOW (some text hidden)

A couple of decades ago, few families had Skoda on their shopping lists. This was a value brand but it wasn't one you'd attach much value to. What changed all of that was this car, the Octavia, launched in 1996 and the model that finally persuaded buyers to take Skoda seriously. It was a conservative, spacious and capable design based on the Volkswagen Golf and over a million were sold before this second generation version arrived in 2004. This car consolidated its predecessor's success amongst buyers who rather liked the idea of a five-door hatch or estate car bigger than a Golf but slightly smaller than something Mondeo-sized like a Passat. Once they'd taken delivery, they were rarely disappointed. Even as recently as 2008, the Octavia was winning its class in the JD Power Customer Satisfaction survey. By the end of that year however, sales were starting to dwindle, hence the announcement of the facelifted version we're looking at here which sold until the arrival of the MK3 model in the Spring of 2013. Now is a good time to pick up a used MK2 Octavia, so here's what to look for.

By 2009, the second generation Skoda Octavia had been on sale for five years and had been steadily bringing a legion of new buyers round to the Skoda brand. The premise was relatively simple. Here was a car that ran on the same VW Group PQ35 chassis as cars like the Audi A3, the VW Golf Mk5 and the SEAT Leon. The styling work of Thomas Ingenlath and Peter Wouda had aged elegantly but required a little wash and brush up to keep the Octavia looking fresh in the face of revitalised rivals such as Ford's Focus and Vauxhall's Astra. The 2009 changes gave the Octavia a bit more about it, thanks to its more imposing grille, topped with a thick band of chrome. Substantial headlamps flank it to form a band across the nose that sits above restyled bumpers. Moving backwards, there are revised side mouldings, while smarter C-shaped light clusters adorn the rear. Overall, this remains a solid-looking, nicely sculpted car with more than a hint of Volvo in its design make-up: perfect then, for that older target market. The interior revisions had, if anything, an even greater impact. Previous Octavia interiors felt rather self-consciously plain - as if they were trying too hard not to be a Volkswagen Golf. Here, it's much better. Enhancements to the switchgear, entertainment systems and trim work well. There's a smarter steering wheel and classier instrument panel graphics. Overall then, the gap between this and the acclaimed interiors of Volkswagen and Audi products is not a big one.

The model continued to be developed, with the expansion of its economy GreenLine brand, and a number of offers on the back of 2009's Government scrappage scheme. November 2010 saw the introduction of a four-wheel drive 2.0 TDI CR 140bhp engine with automatic DSG transmission to the Octavia Estate and Octavia Scout. Run-out special edition models, the Octavia SE Connect and Octavia vRS Blackline, were announced in late 2012, the former a fire-sale of existing stock at 25 per cent discounts and the latter a well-equipped version of the punchy vRS in both hatch and estate body styles. Featuring 18-inch black alloy wheels, the car also got acoustic rear parking sensors, Amundsen satellite navigation system, DAB radio and vRS leather upholstery. The introduction of the suspiciously similarly-sized Rapid model in 2012 signalled that this Octavia had run its course and a much bigger successor model was duly announced which went on sale in Spring 2013. 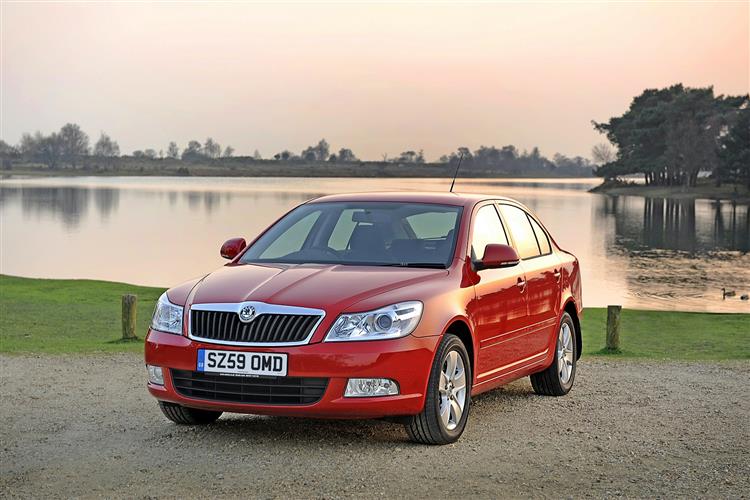