MEGA EVERYTHING? (some text hidden)

The Renault Megane has long been one of British motoring's staples, sold alongside big sellers like the Ford Focus, Vauxhall Astra, Peugeot 308 and Volkswagen Golf yet it's a vehicle that, over the course of its development, has varied greatly from generation to generation. The car we're looking at here is, if anything, Renault's return to a modicum of conservatism after the styling riot that was the bubble-butted Mk II that ran from 2002-2008. Used examples are plentiful and there's plenty of choice as far as engines and trim are concerned.

It's a general rule in car manufacturing that companies can afford to be a bit wacky with the vehicles at the periphery of their model ranges. The low-volume image cars can help build the brand by generating column inches while the bread and butter stuff needs to be buttoned-down and conservative if it's to make big sales figures. Every once in a while, there's an exception to that rule. Ford's original Focus was something very different to the ultra-dull Escort before it and even today the Focus' interior looks pretty bold but the gamble paid off. Renault's attempt at jolting the mass-market to attention wasn't quite as successful with the Megane II and its successor, launched in 2008, reverted to a handsome but more conventional hatchback silhouette. First shown at that year's Paris motor show, the new car concentrated on offering far superior build quality and a more sophisticated look and feel. The Megane body spawned a three door coupe, a five-door Tourer estate as well as a two-door Coupe-Cabriolet model, but we're concentrating here on the five-door which made up the bulk of sales. This arrived in dealerships with a choice of no fewer than six engines. The range was added to with the I-Music models at the end of 2009. A replacement was finally unveiled at the start of 2012 which retained the same shape but tidied up some of the detailing while also improving efficiency. At the same time, Renault pared back its UK model range to concentrate on just a handful of its most profitable lines.

The Megane has short front and rear overhangs, a long 2.64m wheelbase, a steeply-raked roofline and a wide track, all helping it appear planted on the road. It certainly exudes a feeling of much higher quality than its predecessor, with thin cut lines between the different body panels. Great care has also gone into the quality and finish of the materials used and there are nice touches like the soft-touch finish on the dashboard cowling that's resistant to daily knocks and the ageing effects of sunlight. The way that the windscreen wipers are concealed beneath the bonnet line is another neat feature. Climb in and the first thing you notice at the wheel is the innovative dashboard which features an analogue rev-counter alongside a digital speedometer which also incorporates the cruise control/speed limiter display. When this function is activated, the speed selected by the driver is displayed at the top of the speedometer which is itself ringed by a sequence of lights that take the form of an arc around the central display. In speed limiter mode, the red segment lights up as the speed increases, while the selected speed begins to flash if exceeded. Space in the cabin is unexceptional but the boot volume of 372 litres in the hatch (assuming a spare wheel) figures amongst the best in the segment. 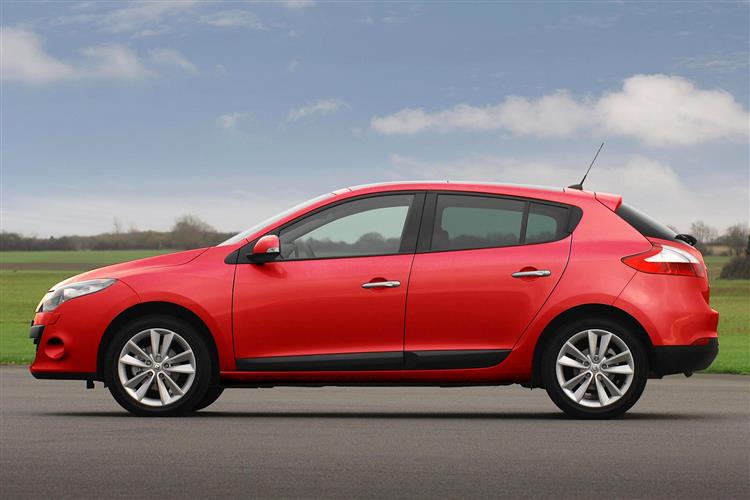