The third generation Toyota Avensis is a car that's easy to overlook and perhaps because of this, makes a brilliant used buy. It's every bit as solid as its predecessor but adds a touch of elegance to its design. The niggling problems that affected the diesel engines in the second generation car had been well and truly ironed out with the third generation model and it's as close to bulletproof as used car buying gets.

Here's a quick Avensis primer for those of you who need to get up to speed. The first generation car was introduced back in 1997 and made decent numbers while never really challenging the middleweight elite. In the final years of its life it developed into something quite respectable, but was replaced in 2003 with a vastly improved second generation car that was bigger and felt virtually indestructible. This second generation model might not have been exciting to drive but owners loved them and only a few problems with diesel injectors, dual mass flywheels and starter motors on ultra high mileage cars affected an otherwise impressive reliability record. The third generation model was designed to attach a little more style to the Avensis badge as well as drive down running costs still further. Improving quality, offering more dynamic handling and refined ride comfort to Toyota's European flagship model were also key targets. This Avensis was designed at Toyota's European Design Development Centre, ED2, in the south of France, with the 1.6- and 1.8-litre petrol engines produced by Toyota's plant in Deeside, North Wales. Toyota Manufacturing UK is the sole global production centre for the Avensis. Since the first generation model was launched in 1997, over 1.5 million Avensis vehicles have driven off the production line at the Burnaston Plant in Derbyshire. The range continued largely unchanged in saloon and Tourer estate guise until early 2012, when it was treated to a facelift.

Toyota went to quite some lengths to get under the skin of European buyers. To this end, Chief Engineer Takashi Yamamoto drove more than 3,000 miles north to south across the continent, crossing 10 countries on the way to gain a true insight into the needs and preferences of typical customers. Nice work if you can get it. Two body styles are offered; saloon and Tourer estate. There's also a huge range of engines with an emphasis on diesel power. There's no shortage of space in either the saloon or Tourer and materials quality and ergonomics are both excellent. Although the interior design isn't particularly edgy, it feels built to last and won't date rapidly. The saloon's boot measures a gargantuan 509 litres, dwarfing that of something like a BMW 7 Series. The Tourer serves up 534 litres of space to the window line. Fold the rear seats down and you can shoehorn in 1609 litres of gear. Toyota has taken a considered approach to safety, reducing the width of the windscreen pillars to improve visibility and improving the ways the stability control, anti lock brakes and brake assist systems talk to each other. Seven airbags and ISOFIX child seat anchor points are also standard. 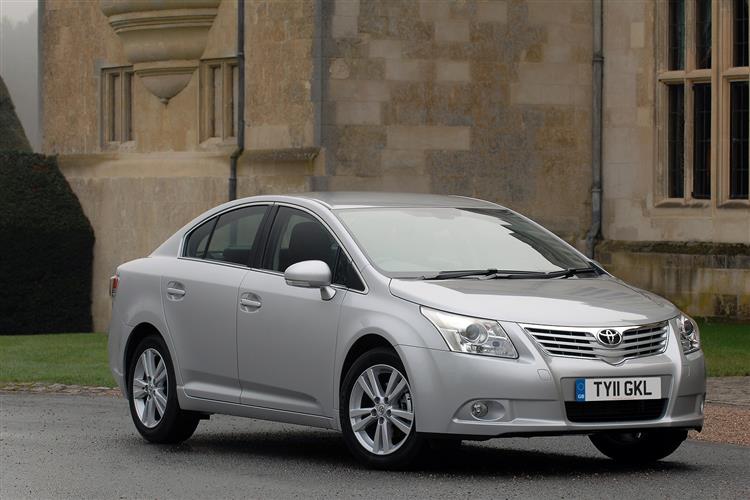