Crossovers - Nissan Qashqai-like family cars that feature an SUV-like twist - offer a more fashionable alternative to a conventional Focus-style family hatchback. But even with a car of this kind, buyers like to assure themselves that solidly practical virtues like safety, build quality, running costs, ease of use and so on are taken care of. Hence the appeal of the model we're looking at here, Peugeot's 3008. Get past the ungainly exterior styling and you'll be treated to a car of rare talent. Here's what to look for when tracking down a used example of the original version produced between 2009 and 2014.

The Peugeot 3008 was first introduced at the 2008 Paris Motor Show and to the British press in Croatia whereupon initial reports were almost universally praiseworthy, but many seemed a little unsure about exactly what they'd been driving. It looks like a conventional mini-MPV but its manufacturers seemed keen to position it as one of the trendy crossover vehicles popularised by the Nissan Qashqai. When the 3008 went on sale in the UK it sold in steady if not spectacular numbers, buoyed by press reviews and word of mouth from owners. Sized halfway between a 308 hatch and estate car, the 3008 is built on Peugeot's Platform Two chassis, which is the basis for the 308 and the bigger 5008 MPV. One of the more tantalising show cars was a diesel electric hybrid model, dubbed the Hybrid4. This was revealed as a production model in late 2011, with a 2.0-litre diesel engine powering the front wheels and a tiny electric motor powering the rears. It also featured a new grille which reduced the 3008's rictus-like grin a little.

What You Getword count: 168

The 3008 is certainly an interestingly designed car. The rear tailgate is split like that of the 4007 SUV, so while the top section lifts up like a hatch, the bottom one drops down to form a convenient loading platform that can hold 200kg. Total boot space is a very large 512-litres and this jumps to 1,604 litres when the rear seats are folded down. The seating is raised up higher than that of a normal hatchback, mimicking one of the traits that's most popular with buyers choosing compact 4x4 vehicles. There's also a large glazed area to assist further with visibility. An optional glass roof like the one found on the 308 SW estate can further increase the amount of light making its way into the cabin. Peugeot is particularly proud of the air-conditioning system on the 3008. It features an air-quality sensor that closes off the inflow of air from outside the car if high levels of pollution are detected, recalculating the air that's already inside. 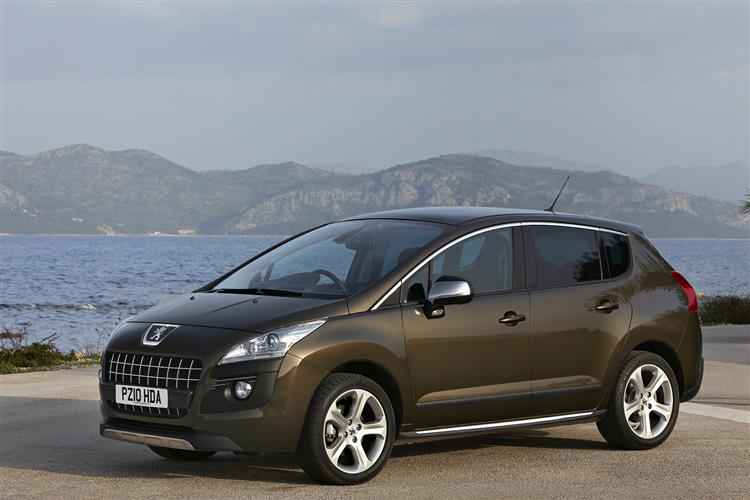