You'll either love or hate the 'new' Volkswagen Beetle. Some will celebrate it as an icon brought up to date, whilst others will feel it's a sad pastiche of a best-forgotten relic and a Golf in drag. Whatever way you look at it, the Beetle is here, it's sold rather well and it's great fun to own. It might not attract the crowds or cause the slack jawed stupefaction it did when it was launched, but a Beetle will still put a smile on many driver's faces. Is the bug back? Most think it never really went away.

To be quite frank, we don't have much to thank Adolf Hitler for, but the KdF-Wagen (kraft durch freude - strength through joy) that was launched in 1941 certainly had something to be said for it. Fast-forward half a century to the mid 1990s, and over 22 million Beetle sales later. Volkswagen's designers produced the Concept 1 show car that received such a tumultuous reception that production of the new Beetle was ordered. First arriving on these shores in February 1999 in left-hand drive form only, the Beetle was an immediate success, although many took advantage of cheap European imports to drive costs down further. Around 800 'official' left-hand drive models were sold in the UK before the right-hand drive models started to be produced in decent numbers from the factory at Puebla, just outside Mexico City. Late 1999 saw the introduction of official right-hand drive cars, which like the first models were powered by the venerable 2.0-litre 115bhp seen in the Golf, Bora and Passat since 1992 (new Beetle old engine). Despite promises of a wider engine range, it wasn't until the summer of 2000 that Volkswagen introduced another variant, the 1.6-litre. This 102bhp petrol unit was new not only to this car but to the entire Volkswagen line-up and acted as an import-busting value proposition for the Beetle range. 2.3-litre V5 and 1.8T engines were subsequently added to the range alongside a 100bhp TDI diesel. In early 2003 Volkswagen at last began imports of the eagerly awaited Beetle Cabriolet in either 1.6 or 2.0-litre forms and by summer 2003, a 1.4-litre engine had been added to both saloon and cabriolet versions and the 1.9-litre diesel also appeared in the drop top car, giving it a distinct Beetle thrum. Just from the wrong end. A facelift announced in the summer of 2005 saw the wheelarches get sharper edges, the headlamps reshaped and round red taillights introduced round the back.

A lot of attention. Paranoia. A strange compunction to make sure you look respectable before you get in, as you know people will stare at you. The Beetle provokes all of these reactions, which is remarkable when you consider the fact that it's basically a re-skinned Golf. If anything, the Beetle interior is even more of a shock than the outside; full marks to the design team for doing the job properly, rather than filling it with Golf and Polo dials from the Volkswagen parts bin. Of course, there are plenty of telltale Volkswagen signs; the switches, the firm seats, the positive gearbox - but you don't really notice them. What you do notice are all the natty stylish touches. The big central circular instrument cluster with its huge numbers and cute little built-in rev counter. Plus, of course, the vase (yes, you read that right), ready for you to fill with flower power. More macho buyers can pretend it's a penholder or something. As you'd expect from the bubble-like shape, there's plenty of headroom up front. The base of the windscreen is a long way distant across a vast shelf of dashboard. It's almost like sitting back in your favourite armchair and watching a widescreen television. At night the view is beguiling, with spooky blue instruments filling the cabin with a diffuse glow. Rear seat occupants will be less enamoured however, with the sharply sloping roofline severely cutting headroom. No room in here for love, free or otherwise! Luggage space is rather tight, despite the hatchback arrangement. Equipment levels include most things on the average wish list; the 2.0-litre version includes alloy wheels, air conditioning, central locking, electric front windows, ABS, power steering, tinted glass, a decent stereo and power/heated mirrors. On the safety front, there's twin side and front airbags built around a platform that's probably the safest thing this side of £30,000. Nice touches include folding rear seat that increases boot space, the height adjustable seats and the three 12V power sockets installed around the car. Options include a CD changer, leather upholstery, a sunroof, a winter pack with heated front seats and headlight washers and, for easy city driving, and a four-speed automatic transmission. 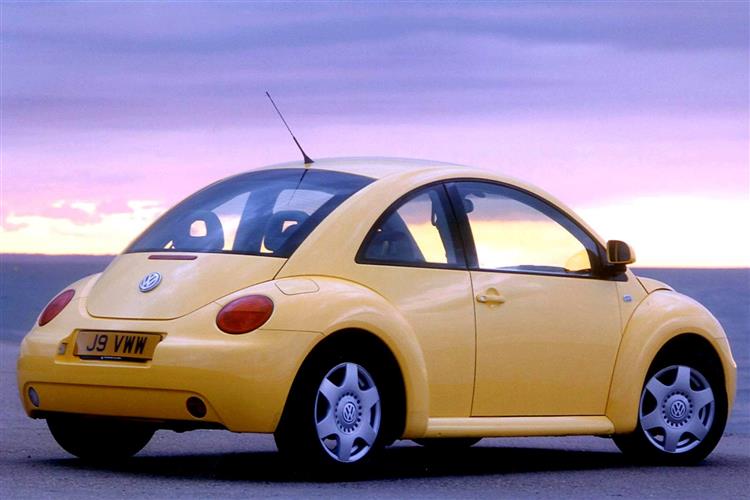