SMALLER THAN THE AVERAGE CHEVY (some text hidden)

When we think of Chevrolet, it's behemoth pick-ups, gas-guzzling muscle cars and extensive station wagons that are readily called to mind. At least, that was the case when the cute Chevrolet Matiz arrived to challenge our perceptions. The antithesis of the kind of vehicles that Chevrolet were known for selling across the pond on home soil, the Matiz took some getting used to with it's all-American badge. Get used to it people did, however, along with the other Europeanised Chevrolets that emerged at the same time. In a sense, this unassuming little citycar was a stepping stone that helped facilitate mighty Chevrolet's entry into the UK. Is it worth considering as a used buy? It'll certainly fare better on the school run than a pre-owned Corvette.

The Daewoo Matiz was launched in the UK in April 1998, and it was initially sold through Halfords superstores until a network of Daewoo dealers could be recruited. The car did reasonably well for itself and when Daewoo joined the choir invisible in 2004, it was rebadged as a Chevrolet. It joined the Kalos, Tacuma and Lacetti in an ex-Daewoo Chevrolet line-up that paved the way for the American marque's entry into the UK market. From January to April 2005, original Daewoo Matiz models were sold with Chevrolet badging from rebranded Chevrolet dealerships. This short run was ended by the arrival of an all-new Matiz which was in development when Daewoo bit the dust. Buyers of early Chevrolet Matiz models should make certain that they know what their getting. The rebadged old Matiz had circular headlamps while its replacement's are almost diamond in shape. Chris Waddle and Glen Hoddle would have approved and most buyers did too with the newer car taking on a more grown-up, westernised appearance than it's cutesy predecessor. The old Matiz was only offered in 62bhp 1.0-litre guise in SE, SE+ or LE trim. The more modern version offered entry-level 800cc power in S trim with SE, SE+ and SX derivatives getting a 65bhp 1.0-litre engine.

What You Getword count: 431

The post April 2005 Matiz is a better car than the ex-Daewoo model in a number of key areas but we'll start at the beginning with the original Matiz. Buyers get space for four adults, yet exterior dimensions that enable you to almost park sideways in the garage should you so wish. This was a car you could place on your driveway without too much embarrassment: something you could remove the badges from and place in a much more prestigious showroom. It's also a car that could genuinely challenge the class-leading European opposition, though sadly it could not do so on equal terms. Daewoo and then Chevrolet, campaigned at the lower end of the market majoring on low prices and good specification levels. It's a simple vehicle, but reliable and although the interior does feel as if it's built down to a price, there's nothing particularly offensive in there and it should age fairly well. The main selling point other than the price tag was the styling. Buyers either loved the wide-eyed, disarming look of the front end that was so obviously far-eastern in origin, or they hated it. The split tended to be made largely between the two sexes with the sweet little Matiz finding favour amongst females while simultaneously repulsing men. The next Matiz followed along broadly similar lines to its predecessor but it also represented an improvement across the board. The styling is more universally appealing on this version, although it's still a strongly effeminate vehicle that's unlikely to register too many sales among the lumberjack and nightclub bouncer communities. Inside, the feel is much more modern and the materials are superior but don't expect levels of build quality that you'd get from mainstream citycars of the same era. There's an airy feel inside the car with plenty of light through the large glass area. Rear seat accommodation is better than you have any right to expect in a vehicle this size, while the boot is large and conveniently shaped. Extra practicality is added by the 60/40 split rear bench. The S trim level offers power steering, dual front airbags, three point belts for all five seats, ABS, remote central locking and a CD stereo. Upgrade to the SE models and there's body colouring for the door handles, electric front windows and height adjustment for the driver's seat. Finally, the SX chips in with air-conditioning, alloy wheels, front fog lamps and side airbags amongst other things. The wing mirrors can not be adjusted from inside the car on the S, which can be a bit of a pain. 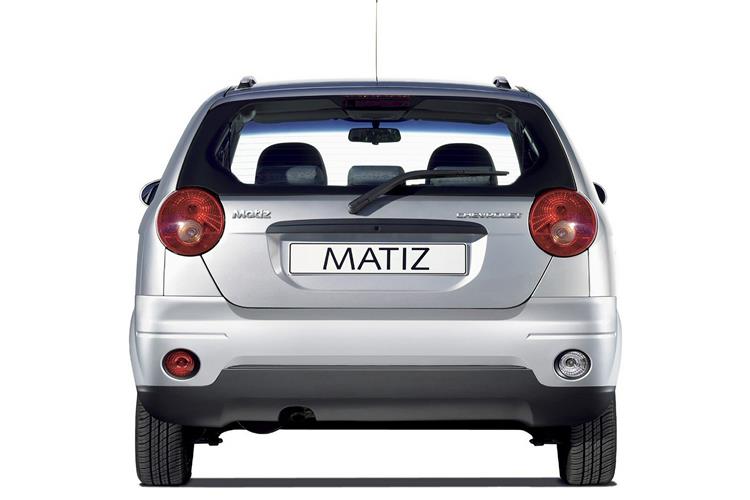