When Vauxhall set about creating an estate version of the current Vectra, they didn't do things by halves. Rather than just graft a greenhouse onto the rear of the hatchback model, they instead used a totally different long wheelbase chassis, instantly making the Vectra estate one of the most spacious cars in its class. Although largely ignored by customers seduced by small MPVs and 4x4s, this car has a lot going for it and is, as a result, distinctly undervalued. Here's how to land a bargain.

Although the hatchback Vectra was introduced in 2002, it was forced to soldier on for a year or so alone without the support of the estate model. The reason for this was that Vauxhall was developing a longer wheelbase platform that would underpin both the Signum and this, the Vectra Estate. When it was launched in October 2003, the Vectra Estate landed in a rather barren market, estate buyers largely having upped sticks and left in favour of other vehicles. That looks to be changing now and used buyers can buy at the bottom of the market. The Vectra range was facelifted in October 2005 and the estate got the rakish frontal styling cues previously seen on the MkV Astra hatchback. Handling sharpness was also improved and the range-topping 3.2-litre V6 powerplant was replaced by a 2.8-litre turbocharged V6 with 227bhp. That engine was later boosted to 253bhp and installed in the VXR performance wagon. In the early part of 2006, the 120bhp 1.8-litre petrol engine that propped up the range was replaced by a more advanced 1.8-litre unit packing 140bhp. The newcomer offered better economy and performance at the same price. In late 2006 the VXR model was uprated to an even more outlandish 280bhp.

What You Getword count: 583

Recognising that the mainstream estate market had gone a little flat in the face of soaring MPV sales, Vauxhall realised that in order to succeed, the Vectra Estate needed to offer the sort of space and clever versatility that made the Meriva and Zafira models such big hits. One thing a good estate will always have in its favour over an MPV is a sleek shape. Granted, some estate versions can look horribly ill-conceived (Citroen BX, early Renault Laguna anyone?) but others, such as the Honda Accord Tourer, the Audi A6 Avant and the Alfa Sportwagon, arguably look even better than the saloons that spawned them. The Vectra Estate falls into the latter category, its long-wheelbase, torpedo-like shape looking especially striking in profile. The VXR performance version with its mean spoilers, big alloy wheels and mildly flared wheelarches is a severely handsome beast. The post-October '05 version looks even better thanks to a thorough facelift. In fact, at the time of this variant's launch, Vauxhall maintained that the car's styling was completely new from the A-pillars forward but on viewing it, there was the sneaking suspicion that the front end had been sighted somewhere before. It had: this facelifted Vectra appeared to have been driven into the back of an Astra family hatchback at extremely high speed. The resulting concertina-effect saw the bonnet, lights and grille of the smaller car now protruding from the front of its larger sibling. This was no bad thing of course: the MKV Astra had been hailed for its bold, sharky looks since its launch in spring '05 launch and the facelifted MK2 Vectra Estate inherited them. The large headlights jut upwards into the bonnet and the grille, married effectively to the under bumper assembly, provides real presence on the road. At the back, the bumper on facelifted versions was reworked and Vauxhall also took the opportunity to give its range of wheel designs a good going-over. With virtually the same load space as the old Executive-class Omega Estate as well as significantly more legroom, the MK2 Vectra Estate doesn't just look the part; it also fulfils serious load-lugging duties. A 60/40 split in the rear seat and a front passenger seat that folds flat give it some genuine versatility and a theoretical maximum carrying capacity of a whopping 1,850 litres. The Vectra also overcomes the dilemma posed to most estate owners of securing loads in the vast rear bay. Usually this involves a half-hearted array of nets and lashing eyes that never seem to be able to prevent items flying all over the place whilst negotiating a mini roundabout. With this car, Vauxhall thought there was a better way. The FlexOrganiser system you'll hopefully find fitted to many examples uses two rails built into the rear side panels to securely mount a flexible system of foldable dividers and nets. Back it up with some bubble wrap and you can safely fling a Vectra Estate down the most arduous B-road with breakables in the back. Another nice feature worth seeking out on plusher variants is the electronically operated tailgate, which can be opened and closed at the touch of a button either on the key fob or on the dashboard. It can also be stopped at any point through its arc and locked into position - handy if you've got a garage with a low roof. Tempting as it may be, this facility should never be used to 'chin' pushy squeegee jockeys who accost you at traffic lights. 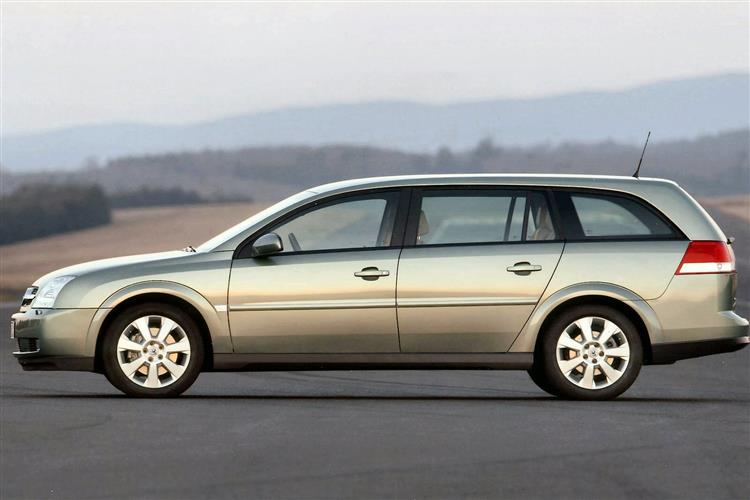