THE CITY END OF THE SCHTICK? (some text hidden)

The Agila marked Vauxhall's first foray into the citycar market, and although it was a new venture for the British company, it was far from a brand new model, being in effect a rebadged Suzuki Wagon R+ albeit with a pair of engines not shared with its Japanese counterpart. In many ways the Agila legitimised the boxy tall citycar, as examples had been offered here for some years by manufacturers such as Daihatsu and Suzuki but had been viewed with suspicion. The Agila has sold in reasonable numbers and with good reason - it's a superb car if you like to remain in the urban sprawl and crawl. A used example won't have clocked up too many miles but you may need to look carefully to see if its short life has been unduly harsh. It's a jungle out there.

Vauxhall aren't renowned as innovators, instead preferring to tread a conservative middle ground. It therefore came as something of a shock to the company to see UK sales of tiny citycars rocket at the tail end of the nineties. Ford's ka was starting to do good business, as was the Fiat Seicento and Volkswagen Lupo. Something needed to be done and quick. Without the requisite time to develop a new citycar rival in-house, General Motors instead wielded the chequebook and in a joint venture with Suzuki unleashed the Agila. Perhaps this is an oversimplified account of how the Agila came into being, as it represents far more than a rebadged Wagon R+. Nevertheless, Vauxhall offered two versions of the Agila when it was launched in June 2000. By this stage the Suzuki donor vehicle was on its second iteration and many of the car's quality and handling issues had been resolved. Two engines were available, a 1.0-litre 12-valve three-cylinder unit that developed a stonking 57bhp and a more desirable 1.2-litre unit that also saw service in the Corsa, making a more substantial 74bhp. In 2003 the Agila received a mild facelift as well as an uprated 1.0-litre Twinport engine.

As already suggested, the upright, boxy stance creates far more interior space than you'd find in a conventional European citycar. So much in fact that you could even see your Agila as a kind of tiny MPV People Carrier. This of course assumes you're not travelling four-up (in which case there's only a paltry 8.7cuft - or 248 litres - of luggage space). With the rear bench unoccupied however and the 50/50 split back seats folded flat, that area can be increased five-fold to 1250 litres. There's plenty of oddments space too, with drawers under the front seats, cup and bottle holders and knee-height shelves for both front passengers. All that said, it's as well to remember how narrow this car is before you go making any grand plans for long journeys. The rear bench is so narrow that there isn't even a centre seatbelt. On the plus side, passengers sit 83mm higher than they would in a Corsa, so there's excellent visibility through the vast glass area. This incidentally, makes air-conditioning a very desirable option (as you'll discover on a hot day), so it's a pity you can only specify it on the 1.2-litre model. Just one trim level is being offered but it's reasonably comprehensive. Power steering, electric mirrors, an engine immobiliser, tinted glass, body-coloured bumpers and mirrors, a radio cassette player and Vauxhall's excellent dash-top information display all come as standard. Central locking and deadlocks would have been nice - but you have to specify an extra cost 'Comfort Pack' to get them (along with power front windows). There's also an 'Exterior Plus Pack' with alloy wheels and front foglamps. Safety is a justifiable concern with cars like this: some of the Japanese citycar alternatives don't inspire much confidence as to their crashworthiness. The Agila is different however, with a safety-first design culture that goes much deeper than simply having a driver's airbag as standard. A maximum NCAP impact-test score is predicted thanks to ideas like a clever system that pulls the pedals away from your feet in a smash. There are also height-adjustable seat belts that limit the force exerted on passengers' chests, even in a minor crash. Anti-lock brakes and a front passenger airbag are optional. 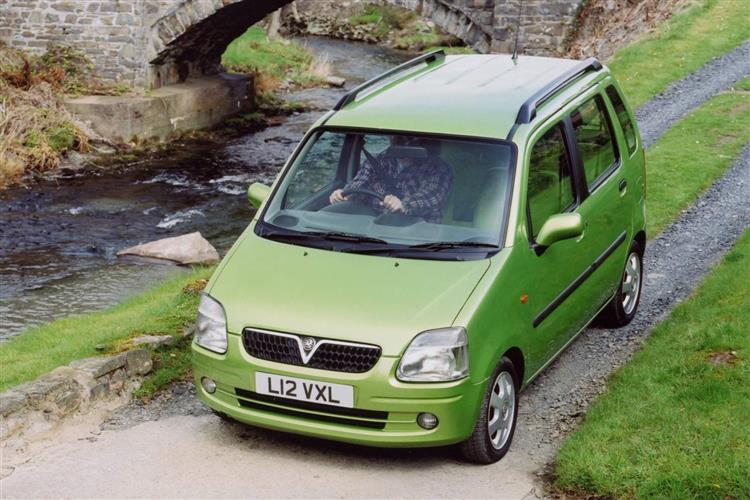