IS SUPERB STRETCHING IT SLIGHTLY? (some text hidden)

Skoda's Superb drew a few barely suppressed chuckles of mirth when it was first announced but those cynics were soon left coming to terms with the fact that the Superb was, well, really rather good. Based on a stretched MkV Volkswagen Passat chassis, the Superb offered an enormous amount of car for your money, typically retailing new at around £500 less than its smaller Passat equivalent. Although a big Skoda was never going to be the hottest ticket in town, sales have been respectable, especially amongst the entry-level models and used examples are now filtering onto the market at ridiculously cheap prices.

The Superb name has a great deal of resonance in Skoda circles, having originally been worn in 1934 by a luxurious, stylish model owned by wealthy entrepreneurs and royalty. Although it's doubtful the Bransons and Beckhams of this world would plump for a Superb these days, there's a good deal to be said for democratising the brand. Launched in the UK in May 2002, the current generation Superb instead offers an intriguing and high value choice for executives and those looking for spacious family transport. The Superb was offered at launch with four engines, a 115bhp 2.0-litre, a 150bhp turbocharged 1.8 and two powerful V6 units, the 2.8-litre petrol and the 2.5-litre TDi diesel. Summer 2002 saw the addition of two 1.9-litre petrol units in either 100 or 130bhp guise. The Superb was soon collecting a number of plaudits, doing very well in the German Golden Wheel awards and winning Britain's Towcar Of The Year award in 2003. Skoda revised the 2.5-litre V6 engine towards the tail end of 2003 giving it another 5bhp and making it Euro IV emissions compliant. A series of minor revisions were introduced late in 2006 including a re-profiled grille and indicator lights embedded in the wing mirrors. C-shaped rear light clusters were also installed and the dashboard was redesigned with tasteful white backlighting. The 2.0-litre TDI diesel engine brought 140bhp to replace the old 130bhp 1.9-litre unit and this instantly became the engine to have in the Superb, even if the model was beginning to show its age in comparison to newer medium range and executive rivals.

What You Getword count: 402

Apparently, it was Czech President Milos Zeman, embarrassed at having to use a German car for his official duties, who prompted Prague to initiate plans for a top saloon to slot in above the Medium Range Octavia. Actually, what he originally wanted was a stretched Octavia, revealing his surprisingly limited knowledge of VW's platform-sharing policy. The Octavia does, after all, share the underpinnings of a VW Golf: expecting to create a limousine out of it was asking a bit much. What could be provided however, was the basis for a stretched VW Passat. Wolfsburg had already created such a thing for the Chinese market, extending the wheelbase by 95mm to 2803mm. All the Czechs then had to do was to Skoda-ise it. This has been done rather more half-heartedly than with other transition models - but then that's all to the buyer's benefit. What Skoda influence there is has been neatly integrated: the chrome front grille, restyled bonnet and trapezoidal headlamps are all detail changes. The wider cabin and unique small rear side windows represent more fundamental improvements. Move inside and the first thing that strikes you is the wood trim. I remember laughing the first time I saw wood in a Skoda (an after-market package fitted to a Felicia many years ago) but there's nothing remotely funny about this. Adorning the dashboard and the doors, the dark timber is tasteful and Germanic. Whereas the Octavia's cabin seemed to have been kept deliberately drab to preserve Passat sales, this one seems almost as good as anything from the German marque's stable. As you might expect, most of that extra 95mm has been donated towards the cause of extra legroom - and it makes lots of difference. Sadly, the boot capacity is no different to an ordinary Passat's (462 litres) but you can at least extend it by using the easily-to-operate split-folding rear seats. It's even possible to fold the front passenger's seat flat for particularly long items. For the drivers it's all very plush, thanks to a multi-function leather-coated steering wheel that adjusts for both rake and reach. Three trim levels are offered - Classic, Comfort and Elegance - and all include electric windows, air conditioning and a trip computer. Go for the Elegance and you can expect to find xenon headlamps, a premium CD stereo system, rain-sensing wipers, climate-controlled air conditioning, 17" alloy wheels and electric seats with a memory function. 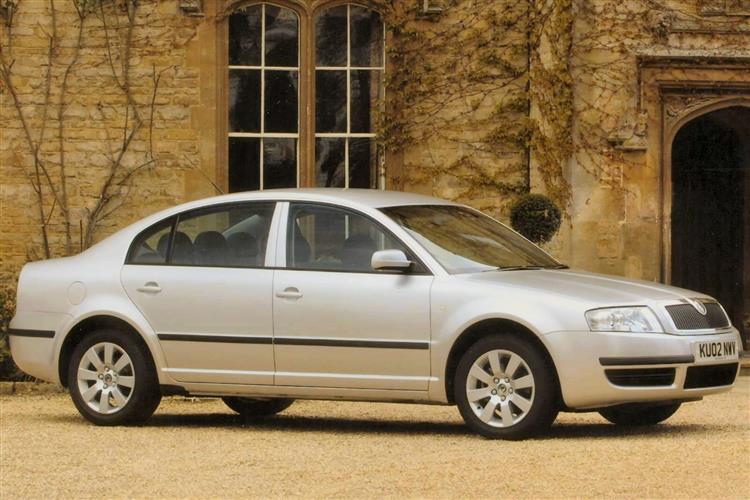