Soft. That's the word that springs to mind when piloting the Peugeot 607. Unlike many cars - and indeed many Peugeot cars - that major on providing a sporting drive, the 607 is in many ways of the old school of Gallic luxobarges, quick, well equipped and hugely cosseting. If you're the sort of driver who takes the twisty route home you may find the 607 a little too comfort oriented but as a destroyer of motorways and A-roads little touches it for the price. With used examples now starting to appear the 607 represents a lot of high quality metal for your money.

Peugeot has had some track record of big cars that have been cruelly ignored in Britain. Who can forget the 604, a big car from the cereal box school of carchitecture, or the 605, a model that looked like a 405 on growth hormone. Neither floated the boat of UK buyers who had become used to Granadas, Senators and Rover 800 models. The 607 has fared little differently, Peugeot openly admitting upon launch that sales aspirations were realistic. "If the car can at least wipe its own nose, we'll be happy" was the opinion of one Peugeot suit at the Jordanian press junket. Three models were available at launch in June 2000, a 160bhp 2.2-litre petrol version, the mighty 210bhp 3.0-litre V6 and a quite excellent 136bhp 2.2-litre HDi diesel variant. Jeremy Clarkson reckoned the 607 to be the worst new car you could buy at the time, but this is a man, remember, who considers Ray Ban Wayfarers and Prog Rock to be the acme of good taste. In December 2000 the S variants received upgraded stereo systems whilst the SE models received satellite navigation as standard. The 2.2-litre HDi versions were also fitted with 'Marguerite' alloy wheels. April 2001 saw the introduction of a pair of entry-level engines; the 109bhp 2.0-litre HDi diesel and the 2.0-litre 138bhp petrol lump. A very mild facelift towards the end of 2004 saw the 607 receive body-coloured bumper strips and a re-profiled air-intake below the grille but you really will be hard pushed to tell the difference. The 2.0-litre petrol engine was discontinued around the same time. Around the end of 2005, the 2.2-litre HDi diesel engine was replaced with a 2.0-litre HDi unit packing the same power output. By this time, only the Executive trim level was on offer and specification levels had been boosted to include sat nav, and a GSM mobile phone as standard. The 607 was given a new lease of life in the Autumn of 2006 with the introduction of the 170bhp 2.2-litre twin turbo HDi diesel engine. Instantly taking over at the car's best powerplant, it offered a good blend of performance and economy.

Inside, the interior stylists have created a spacious cabin with real class. Driver and passenger are separated by a main console that houses the controls for the standard climate control system, the audio controls and the optional satellite navigation/TV. There are splashes of chrome and either wood-effect or black applique finish, and the overall ambience is very impressive. This is an interior the quality of which will give Vauxhall salesmen sweaty palms. The only really unattractive item is the blandly bulging steering wheel. The multiplex wiring system allows for a whole host of neat electronic functions to be shoehorned in, making the 607 feel resolutely up to date. The double glazed glass, the tyre pressure monitor on each wheel, the park-assistance radar system to guide you safely into the tightest of spaces, side lights that automatically illuminate in falling light, the rear view mirror that darkens when someone's on full beam behind you, the stereo volume that rises and falls in line with your speed and particularly clever rain sensitive wipers - it's all here. These can switch on and off by themselves, work faster at night and slower in a traffic jam and switch themselves off if impeded by snow and ice. The cabin is a good place to be, the exclusivity of the car endowing the driver with a smug, breed-apart feel good factor. 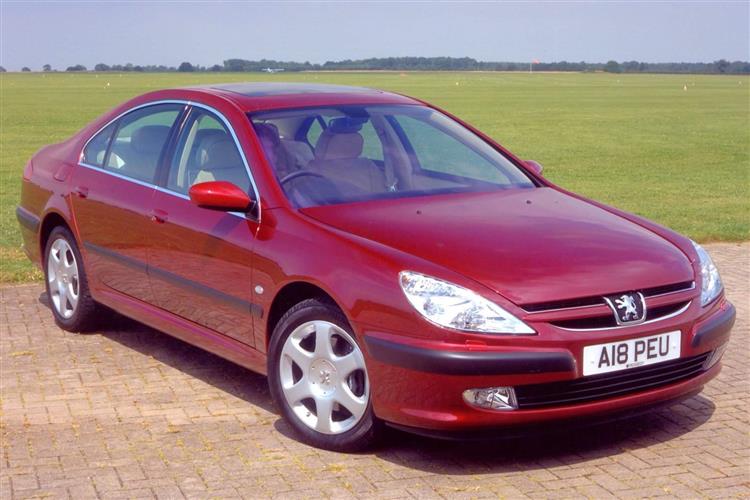