Have you ever paused to wonder why the UN peacekeeping vehicles that you see in far-flung global trouble spots always seem to be Nissan Patrols? Watch any news programme and you'll spot one before too long, finished in white with a big UN sign on the doors. The reason is that when an indestructible vehicle is the number one priority, the big Nissan comes up trumps every time. This durability pays dividends for those looking for a used Patrol back here on home soil. Sure, it may only be used for the school run, but it's reassuring to know that after dropping the kids off at flute practice you've got a vehicle up to the job of sorting out a few sub-Saharan warlords.

It's hard to believe that in one form or another, the Patrol has been around for over forty years. It's come a long way. Whereas it used to be a crude, noisy thing, the Patrol has evolved into a 4x4 that's not short of creature comforts. We concentrate here on the post-1998 Patrol models, exclusively diesel models which took the Patrol brand further upmarket . Granted, the Patrol doesn't campaign against the latest generation of luxury 4x4s like the BMW X5 and the Mercedes M-class, but it offers a decent compromise between these and more utilitarian fare. The post 1998 Patrol models can be identified by their 'GR' trim designation. All petrol-engined variants were deleted, all models being fitted with a 2.8 litre turbodiesel engine. The range consisted of the GR 2.8 TD in either three or five-door guise, and the better equipped, but mechanically similar, GR 2.8 TD SE, again in the two body styles. The range topping GR 2.8 TD SE Touring was only available in the five-door body. This body shape lasted until the summer of 2000, when a new diesel engine was launched. With a 3.0 litre V6 unit fitted and initially available in three or five-door body shapes, the Patrol hadn't sold out to the mainstream. The three-door body was deleted in 2001, Nissan instead campaigning with the more popular long wheelbase five-door cars. Available in Di SE or Di SE+ specifications, the latest generation of Patrols make an attractively priced alternative to rivals such as the Mitsubishi Shogun and Toyota Landcruiser. A facelift towards the later part of 2004 brought a new nose to the Patrol along with a revised interior but buyers of this tough 4x4 were more enamoured with the power upgrade given to the engine. Up from 158 to 160bhp, the ZD diesel unit's torque figure jumped from 354 to 380Nm, making the Patrol a good deal more tractable when it mattered. In 2006, the trim level designations were changed from S and SVE to Trek and Aventura. This was a purely cosmetic move but prices were slashed by over £2,000 at the same time to help the aging Patrol keep pace.

What You Getword count: 244

Durability is a much underrated quality when it comes to choosing a big 4x4. These days buyers are often seduced instead by alloy wheels, satellite navigation or leather interiors. Virtual indestructibility has become a peripheral concern. Those who realise that a car is nothing when sitting smoking on the hard shoulder will relish the appeal of the Nissan Patrol GR. It's one of the last 'overengineered' vehicles out there. Don't fall into the trap of thinking the five and three-door bodies are ostensibly similar. They're not. The five-door Patrol GR is a significant 20 inches longer than the three-door, a point to ponder when city driving is measured into the equation. Standard equipment on all models is generally unspectacular. Of some note however, is the Patrol GR 2.8TD SE Touring. As well as a huge name, this huge beast comes equipped with electric tilt and slide sunroof, electrically adjustable/heated seats and full leather upholstery. The later 3.0-litre models are more refined, but you'll still feel like Arnie in his Humvee. There's a huge amount of cabin space - even in the rare three-door. Fit and finish are excellent and the restyled dashboard is a model of clarity. Only the strip of 'wood' (an exercise in 'Know Your Enemy') looks out of place. The long wheelbase five-door models include twin airbags, climate control and alloy wheels with the five-door adding leather upholstery, a CD autochanger, an electric sunroof, side airbags and electric, heated front seats. 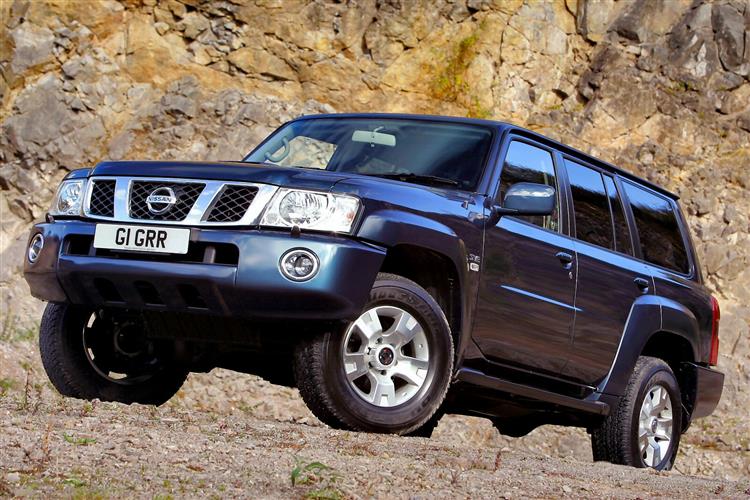