Although the MK2 Mercedes CLK grew a little more mature and, some would say, somewhat less distinctive than its striking Mk1 predecessor, the latter model is comprehensively a better car. With superior running gear, a closer attention to build quality and superior packaging, it's a coupe that has little in the way of direct rivals. Small wonder that its highly sought after as a used buy.

Although the Mk1 CLK did Mercedes very good service from 1997, it wasn't until the launch of the second generation car, announced in Autumn 2002, that the CLK really came of age. This version featured a new, much stiffer platform based on the post-2000 C-class. This enabled a pillar-less side window profile and provided for much improved handling. There was a wider engine choice starting with a 1.8-litre supercharged 'four' for the CLK 200K with 163bhp, a 2.6-litre V6 for the CLK 240, the same 3.2-litre V6 for the CLK 320, a new 5.0-litre V8 for the CLK 500 and an uprated 5.4-litre V8 for the flagship CLK 55AMG. There was even a 2.7-litre diesel version. Cabriolet models followed in 2003 and the range has since been augmented with the CLK280 replacing the rather unloved 240 and the CLK350 slotting in just below the 500 version. The CLK270CDI diesel didn't hang around too long, being replaced by a pair of common-rail diesel units. The CLK220CDI marked the entry level diesel with a stonking CLK320CDI heading up the diesel line up. Neither diesel was ever offered in the Cabriolet version. In 2006 the 481bhp 63 AMG model replaced the 55 AMG and a revised 5.5-litre V8 with 388bhp was installed into the CLK 500. The CLK200K model was upgraded from 163 to 184bhp later that year.

The second generation CLK is a car forced to justify its existence, squeezed from below by the C-Class Sports Coupe and from above by the CLS and CL super coupes. Important then, for there to be a discernable distance in stance between the two cars. The stouter platform that the CLK enjoys in second generation guise has enabled the engineers to get rid of the normal centre pillar arrangement between the front and rear windows, a design cue that harks back to classic Mercedes coupe models of the Sixties, a time when the marque was unashamedly a sporting brand. Inside, the improvements for second generation models are small but again, very significant. Where some of the trim in the original version felt a bit down-market, this car has much more in common with the larger S-class-based CL coupe and, like that model (but unlike the C-class Sports Coupe), can easily seat four adults in long distance comfort. The longer, wider and taller shape helps here, as does the decision to get rid of the central rear seat (instead there's a storage tray) and concentrate on pampering just two rear passengers properly. All models came with climate control for the air conditioning, automatic headlamps with washers, all-round electric windows, rain-sensing wipers, a height and reach-adjustable steering wheel, 'Speedtronic' cruise control, twin front, side and window airbags, plus of course ABS with Brake Assist and the ESP stability control programme. You'll find three trim levels - plush Elegance, trendier Avantgarde and Sport. The CLK Cabriolet features a hood available in black, blue or grey and is one of the most sophisticated soft tops around. No manual intervention is required and the whole process operates in a matter of seconds, the multi-layered hood vanishing beneath a flush cover at the back. Considerable work has gone into reducing the width of the rear hood pillars that has traditionally made reversing a soft top with the hood up a fingers crossed operation. The hood also offers class leading thermal insulation and noise absorption qualities. What's more, it can all be operated by remote control from your key fob as you approach your vehicle. The boot lid can also be opened by remote control and offers a cavernous 390-litre capacity, making the CLK Cabriolet a genuine touring car. This 40-litre increase over the preceding model reflects the fact that despite its trim styling, this CLK Cabriolet is a larger car than its predecessor. Headroom, elbowroom and knee room for all occupants has been usefully increased. 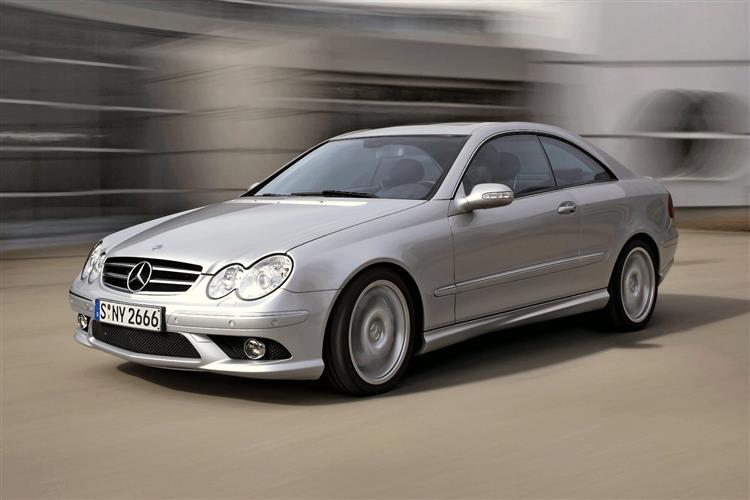