YOUR FAMILY CAN STAR IN THE MATRIX (some text hidden)

Hyundai may have been the last of the three major Korean manufacturers to launch a mini-MPV but the Matrix is certainly the pick of the bunch, offering a more stylish and modern alternative to the Kia Carens and the Daewoo Tacuma at reasonable prices. Here was a compact people carrier with distinctive looks and a range of decent engines including a novel three-cylinder diesel. Despite its attractions, the Matrix has been a modest seller, many new buyers apparently prepared to spend a little extra for an entry-level Citroen Xsara Picasso or Vauxhall Zafira. Used buyers will realise that this spells potential bargains and the Matrix looks a sound bet for those looking for a keenly priced, contemporarily styled vehicle with plenty of life left in it.

The history of the Matrix is brief. Three models were launched in October 2001, the 1.6-litre 16v GSi, the 1.8 16v CDX and the 1.5TD GSi diesel. Production issues meant that the diesel models arrived a couple of months after the petrol cars.

It's a distinctive effort, the Pininfarina-designed Matrix. That rather odd window line is a novelty and tends to divide opinion amongst those who sample it, ranging from the derogatory "It looks like it's suffered some structural subsidence" to the complimentary "Neat - a wild west saloon." It certainly makes an interesting visual hook, something that will make the Matrix easily identifiable in a crop of lookalike egg-shaped rivals. The front end is somewhat anonymous, looking all-too similar to a Premacy, a Mitsubishi Space Star or any other Far Eastern mini-MPV that drifts aimlessly to mind. The rear is far sharper, with some neatly bevelled planes that catch the light in interesting ways and would look great with a mica 'flip' paint job. Inside, the Matrix continues the slightly left-field styling theme with centrally mounted instruments which, although angled toward the driver, require some effort to read quickly and the overall feel is of a number of good ideas stunted due to cost considerations. Nevertheless, the Matrix features a befuddling array of storage boxes, cubbies, shelves and pockets to the extent that finding a casually secreted key/card/Ginster's Buffet Bar can be the work of several minutes. Unlike many of the more smugly self-congratulatory offerings in the mini-MPV sector, the Matrix only boasts five seats, but this in itself is no great drawback. The rear seats slide and with a 60/40 split can be folded double. Unfortunately they can't be removed, which limits the Matrix's ultimate carrying capacity, but even with the seats in place, you'll get more useable boot space than you'll probably need. Although it looks tiny outside, with its diminutive wheels and miniaturised detailing, the Matrix is, in fact, bigger than a Renault Scenic inside. With a 2600mmm wheelbase and a width of 1740mm it 's one of the biggest cars in the class. Break out the tape measure and you'll find your eyes aren't deceiving you. The Matrix is just 4025mm long, which makes it a good 11 cm shorter than a Scenic and over a foot shorter than a Zafira. 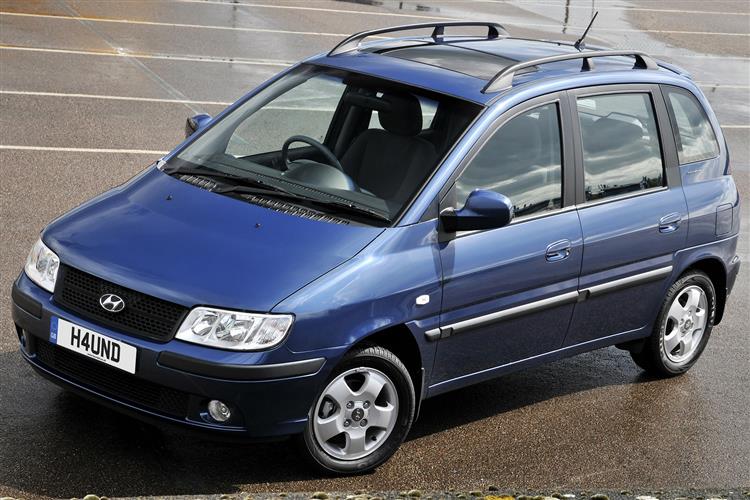