HYUNDAI GETZ WITH IT (some text hidden)

Hyundai has made massive strides in the past decade. Whereas the badge once signified lowest common denominator motoring, it now stands for the best that south-east Asia can produce. In the compact shape of the Getz supermini Hyundai have a car that can mix it with the likes of the Vauxhall Corsa, the Ford Fiesta and the Citroen C3. What's more it boasts lower running costs and sharper styling than any of these rivals, making it a very good used buy.

First unveiled at the 2002 Geneva Motor Show, the Getz proved an instant hit with most who had the opportunity to view it up close. The styling is clean without being boring, devoid of the fussiness that mars many small cars. Designed to slot into Hyundai's range between the Amica citycar and the evergreen Accent, the Getz is probably the first Hyundai to really shift in serious volumes here in the UK. Hyundai has done its homework, realising that around 80% of worldwide appetite for sophisticated superminis is accounted for by Europe. Derived from the Clix sports car concept, the chassis and suspension of the Getz has been designed from the outset to provide a fun drive. Another advantage of that wheel-at-each-corner design is that internal space is optimised. The high roofline and tapering waistline of the car give a pleasantly airy feel. Both three and five door versions were available from launch in October 2002, with a range of trim levels that starts at GSi, moves up to Sport and tops out with the well-appointed CDX. Three petrol engines are offered and comprise a 62bhp 1.1-litre 12-valve, an 82bhp 1.3-litre 12-valve and a 105bhp 1.6-litre 16-valve. GSi trim is available with the 1.1 and 1.3-litre engines, CDX with all three powerplants and Sport solely with the fizzy 1.6-litre unit. Reshaped wraparound headlamps are the defining feature on the facelifted Getz models that arrived in October 2005 although thicker bumper inserts also mark these cars out. The 1.3-litre petrol engine was replaced by a 96bhp 1.4-litre unit, and the 1.1-litre powerplant was carried over with a few tweaks to improve emissions. The three cylinder 1.5-litre CRTD unit was replaced by two four-pot units packing 87bhp and 109bhp respectively with both being capable of around 60mpg.

Versatility is a big feature of the Getz. The rear seat is a case in point. As well as sliding to allow for more legroom or more boot space, the bench seat can recline and split in a conventional 60/40 fashion. Unlike many rivals who only offer a split rear backrest, the Getz offers additional utility by splitting the cushion too, allowing for all sorts of novel configurations. One of the downsides of such a system is often a compromise on safety, but Hyundai's designers have ensured that all three rear seats are fitted with proper three point belts. Up front the seat belts are fitted with pretensioners and are adjustable for height. Twin front and side airbags are a welcome feature and it's worth bearing in mind that there are plenty of cars that cost twice the Getz's asking price that don't offer such a provision. Electronic brakeforce distribution and anti-lock brakes are also standard on every model. At 3800mm long, the Getz is simplicity itself to park and the 1660mm width makes it easy to slot through gaps in city traffic. Despite these compact dimensions, it's realistic transport for five, as long as the five in question aren't rugby league players. As well as being spacious, the Getz is also easy on your conscience. Around 89% of the car is said to be recyclable, which may well be a record in this class. 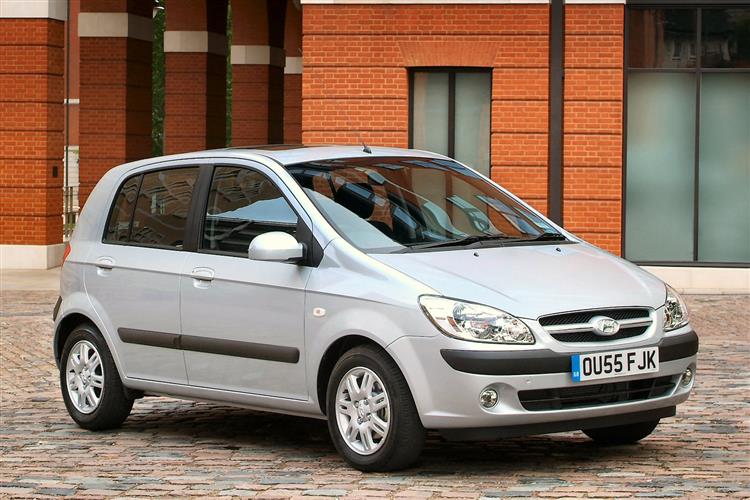