The Mercedes M Class is a vehicle about which many dyed-in-the-wool Mercedes fans have mixed feelings. While it established the company in a very lucrative market niche and sold huge numbers in America, the place of its birth, the M-Class is often held up as the car that started Mercedes' slide to mainstream build quality. One of the defining changes in the company's culture in the mid nineties has been to improve build quality right across the range and to drive a second generation Mercedes M Class shows how successful the company has been. Used buyers will be glad to know that the good old days are back.

One thing that was never off the pace with the old M Class was the styling and the second generation car, launched in September 2005, opted for an evolutionary look. Mercedes enjoyed a big advantage when it came to timing, getting its M Class to market a crucial couple of years before BMW launched their second generation X5. With the smaller X3 showing the bigger Beemer up when it came to interior packaging, Mercedes didn't need to do too much to bang the nails down on the X5's coffin. The second generation M Class was all it needed to be and quite a bit more besides, the highlight of the range probably being the gutsy 3.0-litre diesel engine at one end with the awesome ML63 AMG model at the other giving Porsche's Cayenne Turbo something to think about. In 2009 Mercedes introduced its BlueEFFICIENCY diesel engine technology to help take the edge off the fuel consumption of the M-Class. The ML300, ML350 and ML450 replaced the ML280, ML320 and ML420. The petrol range was limited to ML500 and ML63 AMG models.

The M-class' lines have worn so well that the second generation model kept the same sporty stance and raked forward C-pillar but added more pronounced wheelarches and a rising swage line along its flanks. It marked a definite swing towards the sports end of the sports utility market and differentiated the Mercedes nicely from cars like the Land Rover Discovery and the Volkswagen Touareg. Although the sharply raked back windscreen and contoured body panelling give the M-Class a sporty, compact appearance, the tape measure shows just how artful its stylists have been. It's 150mm longer than its predecessor, 71mm wider and the wheelbase grew by 95mm. It is also 7mm lower. Aerodynamics were improved from a Cd value of 0.39 to 0.34 with fuel economy savings of as much as ten per cent. The single biggest change that transforms the M-Class is the improved quality of the interior. Gone are the brittle plastics and uninspired ergonomics of the old M-Class, replaced by something that's far more in keeping with Mercedes premium image and pricing. The dashboard features a pair of cowled main dials with a digital information panel between, while the centre console retains the styling of the up-market E-Class models. Although it's not what you'd call packed with surprise and delight features, the cabin now befits a vehicle of this class. At 880mm, the distance between the front and rear seats is a full 15mm greater than in the old car, achieving a level more akin to a luxury saloon. Despite the additional rear legroom, luggage space goes up. Fold the 63:37 rear bench flat and there's 2050 litres (up by 30l) available. Removable cushions can be ordered as an option, which means that an entirely flat load floor can be attained, stretching 210cm to the back of the vehicle. 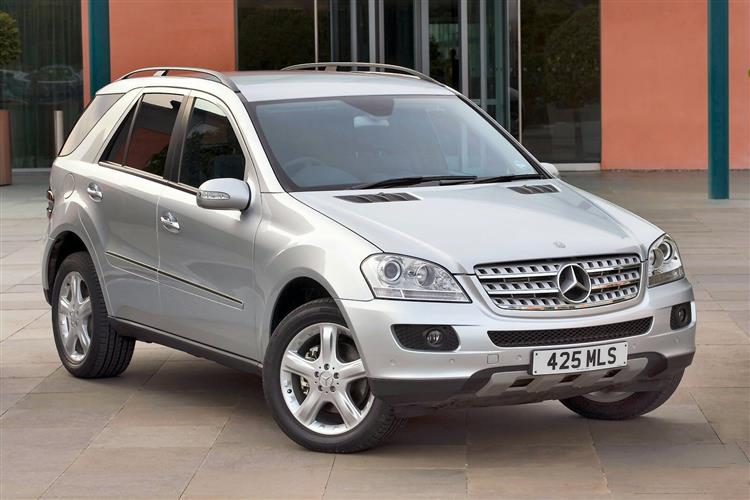