The fifth generation Fiesta established itself as the best handling supermini around, testament to Richard Parry-Jones' insistence on driving fun being the key to sales success. Although subsequent events have shown clever packaging to be of greater concern to buyers, the Fiesta has become synonymous with a big grin. The fifth generation cars led to the very different sixth generation model, a car that managed to successfully combine space and agility. As a used purchase a Fiesta makes sense on a number of levels.

Once a byword for lowest common denominator motoring, the Fiesta gradually developed into something extremely competent. The fourth generation Fiesta range launched in October 1995, though shaped similarly to its predecessor was quite different under the skin from previous models. The range was revised in October 1999 with more angular nose styling, new tailgate badges and various minor interior modifications. In winter 2000, the 100bhp 1.6-litre engine, which had been used in the sporting Zetec-S model, replaced the Ghia model's ageing 1.4-litre unit. The TDdi diesel engine made an appearance, as did a sporty Zetec-S variant. Early 2002 saw the final fling for this Fiesta as it was replaced by an all-new sixth generation version.

All but the cheapest models have power steering, a sunroof and a driver's airbag. Zetec customers also get alloy wheels, central locking and a height-adjustable driver's seat, while LX buyers can expect air conditioning and electric windows. That only leaves electric mirrors, rear head restraints and a rather dubious mock wood-effect facia for Ghia folk, many of whom will order the smooth CVT automatic transmission system. Apart from its overall lack of space, the interior is still one of the old Fiesta's best features: it's still clear and classy, with an up-market feel suggestive of a much larger car. Look closely and you'll notice some of the more recent detail improvements. Useful storage space has been added in front of the gearstick, with an extra stowage area added where the ashtray used to be (assuming you decide against the no-cost 'smoker's pack'). The seats themselves are better than they used to be, with bright trim and front and rear storage pouches on plusher models. Specify a front passenger airbag and they also incorporate side airbags. There are also clear dashboard graphics, an electronic odometer and LED warning lights. In addition, several nice touches are carried over from the original post '95 range, including the optional air conditioned glovebox that keeps your soft drinks and chocolate cool. On the question of cabin space, it's no problem as long as you're sitting at the sharp end for, provided you're not over six foot, front seat head and legroom is quite adequate, aided on plusher models by new seat height adjustment. It would be even better if you could adjust the steering wheel too: sadly you can't. At the rear however, legroom is at much more of a premium, while boot space is slightly compromised by suspension intrusion. In compensation, headroom is good, the tailgate opens high and wide and every model has a 60/40 split-folding rear seat. 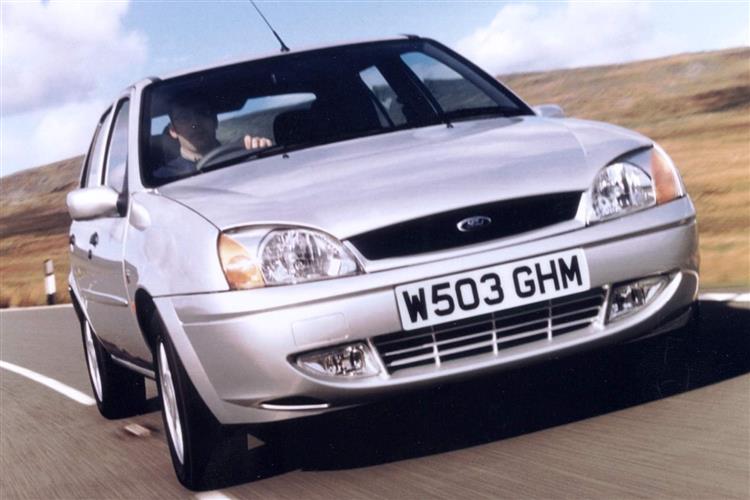