SMALL AND SENSIBLE (some text hidden)

The Fiesta had long been a family favourite when the fourth generation Fiesta was launched in October 1995. Popularity doesn't always equal class competitiveness however, and with a raft of rivals all offering more contemporary styling the Fiesta had to fight back. As well as the traditional Ford virtues of aggressive pricing, a wide dealer network and predictable residual values, the Mk IV Fiesta went to the top of the supermini tree by dint of its superb handling. A product of the Richard Parry-Jones revolution within Ford, this Fiesta was able to divert attention from its venerable underpinnings by offering a formidable fun factor. As a used buy it still makes great sense, just so long as you don't expect the same sort of space inside as you'd get with one of today's superminis.

Launched way back in the dark days of the Seventies, the Fiesta's history is long and convoluted. It wasn't until the mid nineties that stricter company car regulations and tougher direct competition forced Ford to start producing mainstream cars that real people might buy with real money rather than have foisted upon them. This fourth generation Fiesta range launched in October 1995, though shaped similarly, (apart from the big oval 'mouth' front grille and larger rear window) was quite different under the skin from previous models. At a stroke, Ford had transformed their supermini into the best-handling car in the class and, in the 1.25 and 1.4-litre Zetec engines, they also had the finest powertrains. A multitude of trim and engine combinations were available. The engines were either 1.25 16v, 1.3, 1.4 16v petrol or 1.8-litre diesel. Trim levels started with Encore and moved up through LX and Si to Ghia and Ghia X. In Spring 1998, a slightly revised range was announced, with the entry-level car now called the Fusion (renamed the Finesse a few months later). Zetec was now the mid-range trim level (and the entry-level point for 16v buyers) and Ghia models the flagship. The range was revised again in October 1999 with new more angular nose styling, new tailgate badges and various minor interior modifications.

What You Getword count: 110

In trying to be something it isn't (a big car), the new fourth generation Fiesta has become not only a best seller but arguably the best used supermini you can buy. Not a bad achievement, considering that in terms of size, today's variation seems little different to its predecessors. The post-October 1995 fourth generation cars are way ahead of their older brothers in terms of build quality, equipment levels and refinement and their resale value reflects that. There's a lot of stock about so take your time and choose carefully. Many late models are quite well equipped with items like electric windows, air conditioning and Ford's clever Quickclear self-de-icing windscreen. 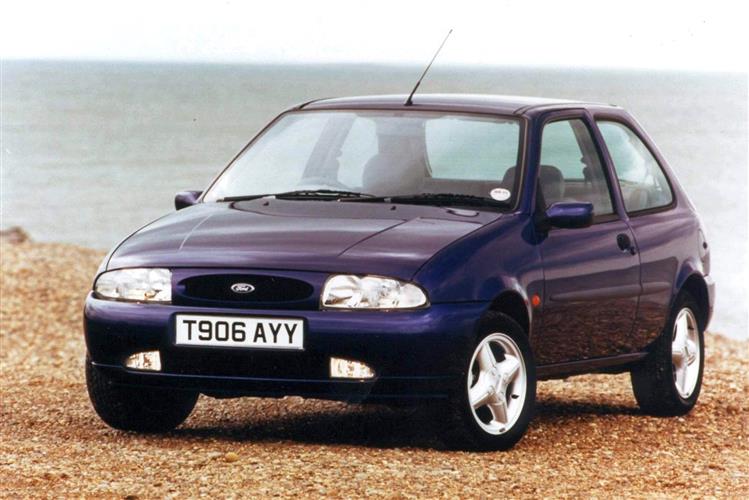