THE GRIFFIN ASSUMES THE LOTUS POSITION (some text hidden)

The Vauxhall VX220 may well be remembered as the greatest car that nobody bought. That might be something of an exaggeration, but after a year's manufacture, Vauxhall had managed to shift a mere 458 units, many of these dealer demonstrators and press vehicles. Although the public was aware that the VX220 was ostensibly a Lotus Elise with a nicer engine, it still ignored the roadster - due in no small part to that Griffin badge worn on its beaky nose. After all, what would you rather own, a Lotus or a Vauxhall. For those who are immune to such badge snobbery, a used VX220 is a cut price way to get your high performance jollies.

The Vauxhall VX220 debuted at the 70Th Geneva Motor Show in March 2000 and marked a completely new direction for the company. Marketed as the Opel Speedster in Europe, the sleek roadster wowed the crowds but many pondered its raison d'etre. Yes, Vauxhall need the car to sex up its rather staid image a little, but what was the point of a luxurious Lotus Elise? In the end, the VX220 didn't turn out like that. Of its approximately 2500 components, it shares precisely 141 with a Lotus Elise which, in purely numerical terms, makes it a more distantly related to the lithe Lotus than a Rover 45 1.8 is. It's stripped out interior was, thankfully, devoid of the air-conditioning, electric windows and multiple cupholders we'd feared. Nevertheless, the writing was on the wall from the outset. The target customers didn't care about the historical connotations of the VX designation. In its first UK road test, Car magazine opined, "It's the snob value that will really decide its fate. If the VX220 doesn't succeed, despite how good it is, Vauxhall will have, in the most literal sense, only itself to blame." And so it proved. Despite critical acclaim, the VX220 stayed rooted to showroom floors. A Lightning Yellow special edition and offers of interest free credit failed to spark sales. Perhaps the initial advertising campaign featuring Griff Rhys Jones is a pair of Y-fronts had scotched any slim hope the VX220 had of success. In the end it was good old brand equity (or lack thereof) that did for the VX. Sales in Europe of the Speedster have always been healthy but in this country it seems we just don't buy an aspirational Vauxhall. The 2.2-litre engine was discontinued in the spring of 2004 leaving the riotous 200bhp 2.0-litre Turbo model to carry on single-handed until the 220bhp VXR220 arrived a few months later. The VXR220 turned out to be a short-lived model with the last examples sold in the first months of 2005.

What You Getword count: 225

It would be easy to dismiss the VX220 as nothing more than re-bodied Elise. The two cars were, after all, developed by the same people. Easy, but incorrect. In reality, the two cars are defined by their engines. In place of the 1.8-litre 120bhp MGTF unit found on the standard Elise, the VX220 is powered by an altogether more potent 2.2-litre 145bhp powerplant borrowed from the Astra Coupe. That meant re-tuning the chassis and upgrading the brakes to include servo assistance, ABS and EBD (Electronic Brakeforce Distribution). What hasn't been changed is the basic Lotus concept. This is still a lightweight, high performance, no compromises sportscar for enthusiasts to use on an occasional basis only. Don't go expecting it to be an everyday roadster like a Toyota MR2 or Mazda MX-5: it's far too noisy, uncomfortable and impractical for that. These aren't words you would normally use to describe a production Vauxhall - but then there's never been a production Vauxhall quite like this one. There certainly haven't been many Vauxhall sports cars that cost more, the unhelpful new asking price punching it clear of the Elise. If you do opt for the Vauxhall, you certainly won't feel hard done by. You'll probably receive kudos from true car enthusiasts who appreciate the fact that you weren't so superficial as to be swayed by a badge. 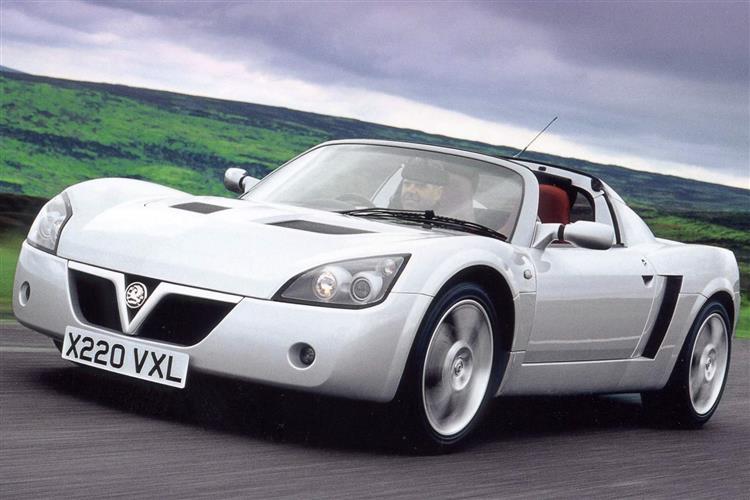