THE SWEDISH OPEN (some text hidden)

The Volvo C70 Convertible is a car that has virtually slipped from the popular radar. Part of the reason is that it's been with us for so long, launched as it was way back in 1999. Even then, it was a development of the C70 Coupe, a car that had been in circulation for a good while longer. Despite this, it has sold steadily and been a quiet success story for the Swedish company. Instrumental in reminding customers that a Volvo could have curves and look glamorous, the C70 Convertible makes a sensible used buy as long as you keep your eyes open.

Although spy shots of the C70 were circulating way back in 1994, the C70 coupe was officially launched in the UK in June 1997. This proved popular and it was surprising that it took another couple of years for its soft top sibling to materialise. Volvo perhaps missed the boat a little in this respect, as the initial hue and cry had died down and pre-launch buzz for the E46 BMW 3 Series Convertible managed to depress the market for C70 Convertibles still further. Volvo were patient enough to play the long game with the C70 Convertible and alongside the 240bhp T5 version and 193bhp 2.4T models, Volvo subsequently slotted in a budget 2.0-litre 163bhp entry-level convertible model in December 1999. GT versions arrived in 2000 and a plush Collection limited edition was launched in May 2004 with exclusive alloy wheels and a leather trimmed interior. Just 300 examples made these shores. The first generation C70 Convertible was always scheduled to be replaced by an all-new C70 with a folding hard top in the second half of 2006.

The Convertibles are very agreeable transport. For a start, like its Coupe stablemate, the styling looks great, with uncluttered lines thanks to a hood that slips neatly beneath a metal tonneau cover. British Designer Peter Horbury jokes that it's the best looking topless Swede since Sixties movie star Anita Ekberg: most will agree. Volvo claims that the electrically folding roof is one of the most technologically advanced available. It's operated via a single dashboard button: no hooks, no attachments, no broken fingernails or grazed knuckles. Just a silent transformation that occupies just thirty seconds. With the hood up, the only problem is a lack of visibility through the rather small rear window. Better to fold it down at every opportunity, a process which conceals the soft-top and its glass electrically heated rear window out of sight behind the rear seat. The roof is available in four different colours to match the chosen body colour and an optional wind deflector (well worth specifying) can also be fitted behind the front seats. The wind deflector isn't the cleverest looking thing, but it's undoubtedly effective. There's also an 'intelligent' climate control system and a sophisticated 10-speaker stereo to keep you cool when it's hot and hot when it's cool. All models now come with leather upholstery, cruise control and interior wood inserts. 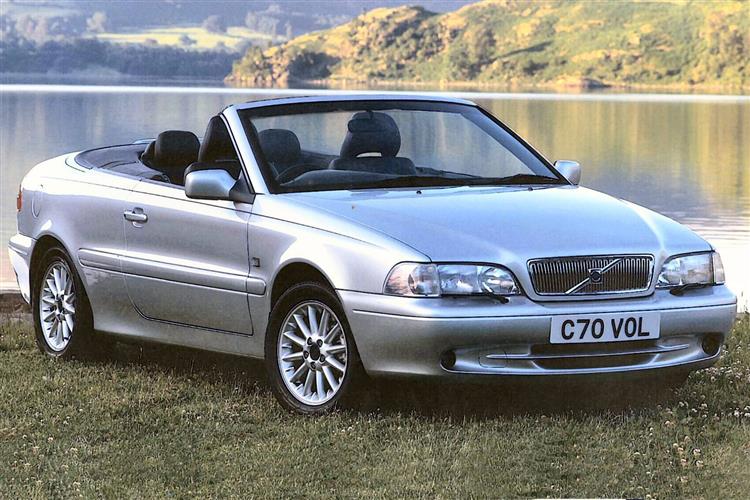