Korean makers Daewoo came into a sceptical UK market in early 1995. Since then, they've instigated a widespread change in the new-car customer's expectations. Now with their first generation of vehicles superseded by more advanced models, the family-sized Espero saloon is gaining a following among many used buyers. The Korean marque has its critics, however. Resale values are perhaps higher than they should be. Some used specialists argue that used values are kept artificially high by Daewoo's unusual retailing methods. They also point out that the Espero, based on obsolete Vauxhall Cavalier mechanicals, is nowhere near state of the art and its used values should reflect that. Buyers of affordable family cars, however, are often not too concerned with state-of-the-art dynamics. What they want is reliability, easy access to affordable parts and a good level of standard equipment. If that sounds like what you're after, then take time to track down an Espero. Compare what you pay for its similarly sized competitors, but if you're looking for lots of luxury car features, then the Espero may well make sense.

The ambitious Korean manufacturer launched the Espero here in April 1995. Apart from equipment upgrades, the cars remained unchanged throughout their model life. They were replaced by the 'Nubira' saloon and estates in September 1997, so the majority of Esperos are out there with 'M', 'N' and 'P' plates, though the R-reg examples will be, for obvious reasons, few and far between. Trim levels are the only distinction between Esperos. All cars are four-door saloons with an unusual 'wrap-around' rear window like the hatchback Granada's. Much of the car contained Vauxhall parts, from the exterior door handles to some of the interior trim and fittings. You didn't have to look too hard to notice this was clearly a Cavalier in disguise. There was a choice of three engines. The base 1.5-litre cars all came with GLXi trim. Even at this level, you still received a driver's airbag, ABS, central locking, power steering, electric windows and a sunroof. Automatic transmission was available free, as was air conditioning from May 1996 onwards. The CDi trim level meant a bigger 1.8-litre engine with the same luxury specification, though air conditioning was fitted to every car. All 2.0-litre Esperos will be air-conditioned and called 'CDXi' with the main difference being the fitting of a CD player and alloy wheels as standard.

What You Getword count: 57

Whichever Espero you're looking at, you'll find a light, glassy cabin with plenty of space for four adults, as well as a usefully proportioned boot. The vinyl and velour-trimmed interior is more functional than elegant, but that's probably a sensible choice for many people. Family car buyers usually rate durability over fabric and fittings that scuff easily. 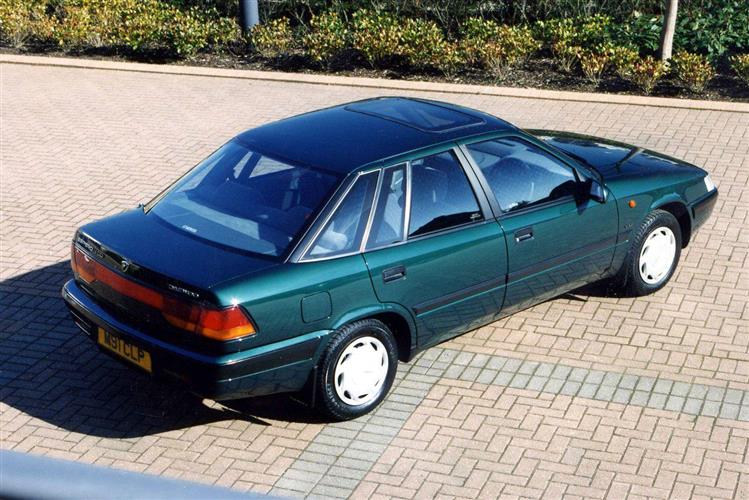