THAT'LL BE THE DAEWOO (some text hidden)

When Daewoo, the giant Korean TV, video, computer and Supertanker makers decided to turn their hand to building cars, the world's car manufacturers awaited the results with some trepidation. The first products, however, turned out to be slightly underwhelming. Both the compact-sized Nexia and family-sized Espero were revamped Vauxhall designs but this didn't seem to worry buyers. Daewoo devised a clever sales package that included a unique 'no-haggle' price, a comprehensive warranty and impressive standard equipment on every car. Buyers responded enthusiastically to the 'new deal' but of the two models offered, it was the smaller Nexia that was the more popular. Its origins as a Vauxhall Astra were obvious, but that was no bad thing. Daewoo's market research showed that many potential buyers were more interested in value for money and a strong aftersales backup than the latest technology. The same applies for anyone seeking a used Nexia. If the price is right, the Nexia makes sense as a no-nonsense compact family car.

A sceptical UK motoring press and nervous rival car companies greeted the Nexia upon its arrival in early 1995. A great degree of fanfare announced the Korean company's radical no-dealer and fixed-price selling system but some said it was to distract attention from the outdated design of the cars. To be fair, no one from Daewoo ever hid the fact that these were budget models used to introduce the marque until more modern designs came on stream in 1997. Nevertheless, the Nexia sold well, impressing buyers with its hassle-free ownership experience. There was a choice of three and five-door hatchbacks as well as a four-door saloon, with a 1.5-litre engine standard for all. In GLi trim level cars this was the original eight-valve Vauxhall-derived unit, but a Daewoo-modified and more powerful sixteen-valve version was standard for all GLXi-spec Nexias. The Nexia was replaced by the new Lanos range in September 1997.

What You Getword count: 56

Those Vauxhall mechanicals are well proven with the interior hard wearing and practical. Standard equipment has always been a strongpoint with Daewoos and the Nexia is the perfect example. Every car comes with power steering, an alarm, a driver's airbag and ABS as well as an RDS radio/cassette. Automatic transmission was also available on every model 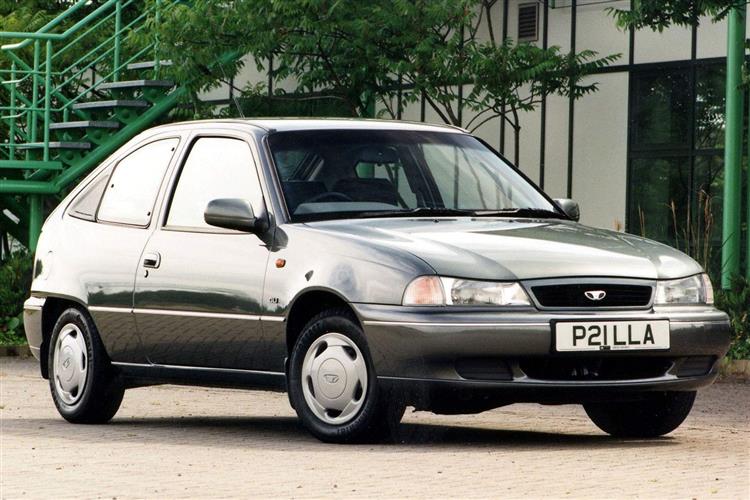