If ever there was a car that said 'conspicuous consumption', this had to be it. Introduced with a gas-guzzling 5.0-litre V12 engine, comparable in size and weight to the biggest luxury saloons of the day, yet with a cabin that is best described as 'cosy', the 8 Series looked very out of place in the economic downturn of the early 1990s. Had it first appeared in the late 1970s or mid 1980s as a Porsche 928 and Jaguar XJ-S competitor, it probably would have been a huge success. BMW did its best to promote the car, highlighting the advanced electronics and quiet cruising abilities, but most potential buyers steered clear of BMW showrooms; they were far too busy wondering how they could keep their high-flying jobs. The 8 Series, however, has endured, with used examples now eagerly sought by enthusiasts. Resale values of newer models have strengthened considerably too, so if you're after a Bavarian bargain, you'll need to search hard for an early 1990s model.

After a lukewarm reception from the then green-leaning German motoring Press, the first V12-engined 850is arrived here in October 1990 to a cautious reception. Performance of these 5.0litre cars was good but certainly not Porsche-threatening. This left potential buyers feeling a little underwhelmed by this all-new BMW supercar - or rather Grand Tourer, which is what it became. The styling was also thought to be a little too unimaginative yet most critics now agree it stood the test of time well. To BMW's credit, they listened to the market and released an updated car in May 1993, now renamed '850CSi', with the 'S' a desire to reinforce the sporty image suggested by the new six-speed gearbox. There was one other important ingredient in this improved recipe; a giant 5.6-litre engine. No longer could your £40,000 super coupe have its face rubbed in the sand by turbocharged upstarts, such as Ford's Escort Cosworth. At the same time, a realistic attempt was made to lift sales by expanding the range to two models, with the introduction of a less expensive version. The company's new 4.0-litre V8 was installed under the bonnet of this new automatic-only '840Ci'. In March 1996, BMW decided to rationalise the range. Imports of the 5.6-litre 850 ceased, while the 4.0-litre 840 was replaced by a car of the same name, and featured a new 4.4-litre V8, with manual or automatic transmission. Power remained the same curiously enough, but torque was much improved, as was acceleration, making it faster to 60mph than the original 5.0-litre V12 automatic had been in 1990. A mechanically identical 'Sport' version of the 840Ci was released at the end of January 1997, with lowered suspension, new wheels, 'M-Sport' mirrors and leather sports seats and the range was finally withdrawn from sale in June 1999, around the time the smaller Z3 M Coupe arrived.

What You Getword count: 89

Big car, big engine, big wallet needed to take all the Tesco petrol points you'll receive. An 8-Series won't quite deliver you into the lap of luxury - the ride's too sporty and firm for that - but surrounding yourself in the aromatic leather of the cockpit is certainly a pleasurable experience. As far as equipment goes, you'll want for virtually nothing, whichever version you look at, with most cars including everything from a premium sound system to electric mirrors, door-locks, windows, sunroof and 'dial a temperature' air conditioning. 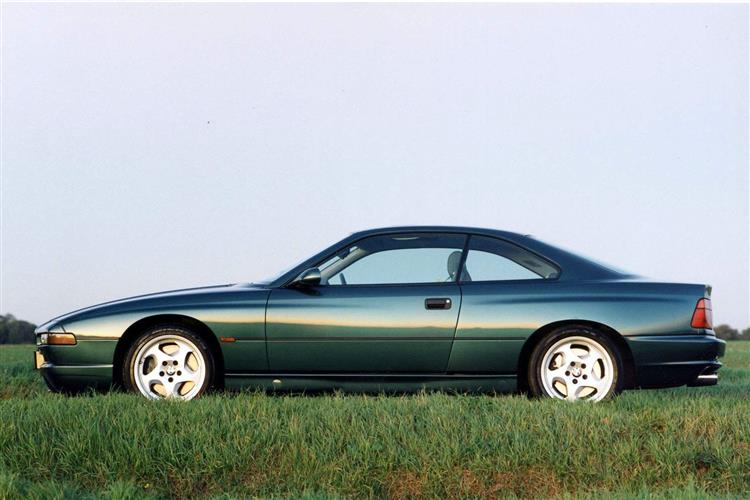