CLASS WITHOUT THE COST (some text hidden)

"So is it really worth paying the extra for an Audi, BMW or Mercedes?" It's a common question for which I've a common answer; "yes - but you won't realise why on a test drive round the block." It's over a longer period of ownership that the real benefits begin to become apparent. And of course on the second-hand market. Which is why, even today, a second-hand Audi 80 still makes firsthand sense.

The 80 was the first of the so-called `slippery-shape' Audis, originally launched in 1986 with a smooth, flush shape, quite different from its predecessor. The range was substantially updated for 1992 - and it's these models we concentrate on here. This was the first mass-produced car to use a fully galvanised steel body, making it completely rust-resistant. So much so that Audi offered all new buyers a 10-year bodywork guarantee. Although that won't be much use to used buyers today, it's a good indication of the faith that Audi have in their product. When the range was revised at the end of 1991, the up-market Audi 90 (a classier looking 80 with 2.0, 2.2 and 2.3-litre engines) was dropped. Initially, most 1992 80s had 2.0-litre four, 2.3-litre five and 2.8-litre six-cylinder engines and, in plusher versions, the expensive option of 'Quattro' four-wheel drive. A year later, as the 2.3-litre unit was dropped, a 2.6-litre V6 engine arrived and, more significantly, a 1.9-litre turbo diesel unit. This became very popular. At the same time, an estate line-up arrived, with a range of trim and engine options roughly mirroring the saloon range. In 1993, improvements were added to both the bottom and the top of the line-up. In January, the storming 2.2-litre turbocharged four-wheel drive S2 Estate made its debut, while in the Autumn, a 100bhp 1.6-litre engine was made available in both bodystyles. The range was replaced by the Audi A4 in March 1995.

What You Getword count: 23

Many feel that Audi 80s are better built that equivalent BMW 3 series models - and they're probably right. Need we say more? 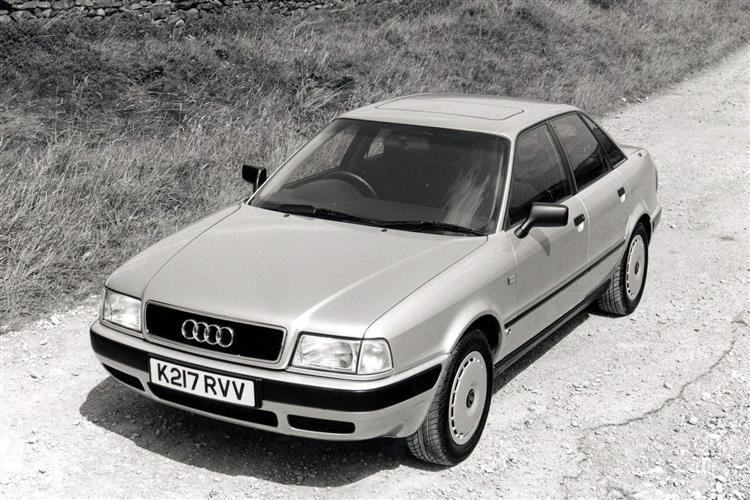