GERMAN FOR EXCELLENCE (some text hidden)

It seems a long time ago that Audi's third-generation 100 burst onto the scene and left the competition speechless. It challenged Mercedes and BMW's technical leadership in the luxury car sector for the first time. Innovations included stunning aerodynamics, flush glazing and lower weight, yet better crash performance than the previous 100. Rivals makers suddenly found their own models lacking a certain amount of that precious new commodity, Vorsprung Durch Technik. The previous two 100s had failed to gain much of a foothold in the UK luxury market. Styling had been conservative and, five-cylinder engines apart, there was little for buyers to remember about these worthy, but dull, contenders. The 1982 car changed all that at a stroke and began the long process of image building that led to Audis being thought of as true luxury competitors.

The 100 was launched at the Paris motor show in September 1982 and upstaged not only the home-grown Citroen BX's debut, but also that of that other influential Eighties car, the Ford Sierra. Right-hand drive 100s arrived here shortly after, so the first cars all wore Y-reg plates. There was a rather under-powered 1.8-litre four-cylinder model to open the range. Above this was a 2.0-litre model, the CC and then the mildly-sporting CS. The CD had the 2.2-litre five-cylinder engine and was by far the best model, with its strong performance, good equipment levels and excellent economy. The turbo diesel engine first appeared in September 1985, but sales thereafter were always slow, perhaps because the petrol-powered cars were so economical anyway. The same year, the entire range received galvanised bodies and a comprehensive anti-perforation warranty. There was also an aerodynamic Estate (hence not very spacious) called the Avant. Another three years on saw a mild facelift that delivered new bumpers, less chrome, new door handles and revisions to the engines and equipment levels. These cars survived until May 1991 when a car of the same name, the fourth generation 100, was introduced. This was offered initially in Saloon and Estate form, with 2.0 and 2.8-litre petrol-power and a 2.5-litre turbo diesel (with a six-speed gearbox in the saloon). The 2.8 came with the option of pricey quattro four-wheel drive. A 2.6-litre model was added in 1993. The 100 was facelifted and re-named the A6 in 1994.

What You Getword count: 74

A car that still looks modern, handles and holds the road very well (especially any quattro version), is unlikely to rust, has loads of room and is very economical for such a big machine. Equipment is not overly-generous, though many cars will be full of options such as air-conditioning, a sunroof and central locking. Keep an eye out then, for any well-equipped cars as you won't pay much more than the standard spec equivalents. 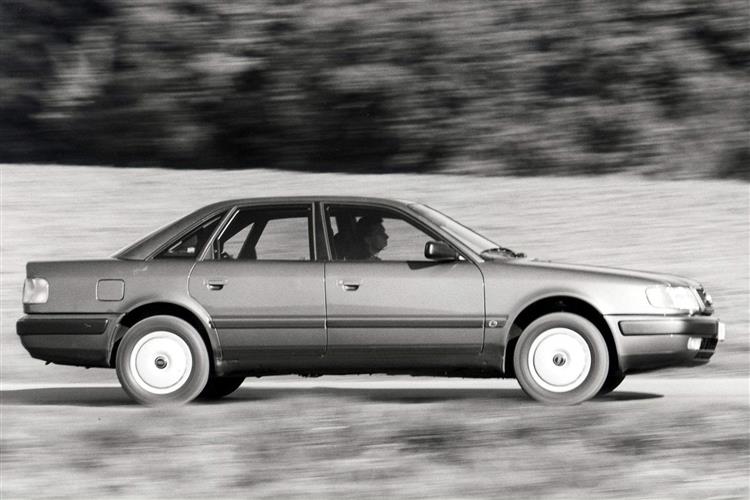