EVOLUTION OF THE SPECIES (some text hidden)

Viewed with the benefit of hindsight, the Golf GTI reached its nadir in Mk4 guise. Weight went up, power went down and prices tickled those of proper junior executive cars. The bubble had to burst and it wasn't until the arrival of younger, swifter rivals that the Golf GTi was exposed for what it had become - slightly middle aged. The arrival of 180bhp versions helped repair its image but don't mistake the GTi for a proper hot hatch. Instead view it as a plush sports touring car. The rave reviews afforded the Mk5 GTi have depressed Mk4 prices and now could be a good time to buy a refined, well built hatch.

The Mk4 was bigger and more sophisticated than its already rather big boned predecessor, boasting one of the stiffest chassis in its class and unparalleled build quality. Whereas the VR6 had assumed the mantle of the top-spec sporting Golf in the Mk3 line up, the V5 and V6 4Motion models relegated the GTi to a vaguely sporting mid ranger in the Mk4 range. The normally aspirated 1.8-litre models came with 125bhp under the bonnet whilst the addition of a turbocharger plumped that power figure up to 150bhp. Side airbags were added in May 1998, but in May 1999 the range was re-jigged, with a 2.0-litre version taking over as the base model. With 115bhp under the bonnet, this has to go down as the least sporting GTi of the lot. In summer 2002, Volkswagen launched the Golf GTi Anniversary to celebrate 25 years of the GTi and pulled a rabbit out of their hats. With 180bhp under the bonnet, this was the GTi again looking like a proper sports hatch. The 2003 launch of the 232bhp Golf R32 put things into perspective a little, but the signs were once again encouraging. The 'hot' Mk4 Golfs were discontinued in early 2004 when the Mk5 Golf was launched without GTI derivatives. Enthusiasts had to wait until the beginning of 2005 for this to be put right.

The Mk4 GTi may be styled in an evolutionary fashion, but it's largely different from the ground up. Where the opposition have had to develop their cars from scratch within tight budgets, the men from Volkswagen were able to throw millions of Deutschmarks at creating the finest floorpan in the compact car world. Money was no object, declared the Wolfsburg board, safe in the knowledge that their investment could be justified by the use of the same componentry in each of their other three group brands. That said, none of the Golf GTi engines could accurately be described as 'state of the art'. The 1.8T is the best of the bunch. On the move, French rivals can sometimes be more fun round the corners but none feels as safe or as reassuring to drive. Whichever model you choose, it will come complete with twin front airbags, side airbags, ABS, a height and reach-adjustable steering column and rear seats incorporating the clever Isofix system for attaching a child seat. It's the little touches that impress you most though. Cup holders in the front and the rear, the self-dimming interior lights, the chrome tie-down hooks in the luggage area, the gas struts to hold up the bonnet, the special cover on the boot locking pin so you don't get things caught in it - save to say that this is a car that makes its competitors feel cheap. It's a car that will please those with an eye for thoroughness and attention to detail, if not those who remember what the original Golf GTi stood for. 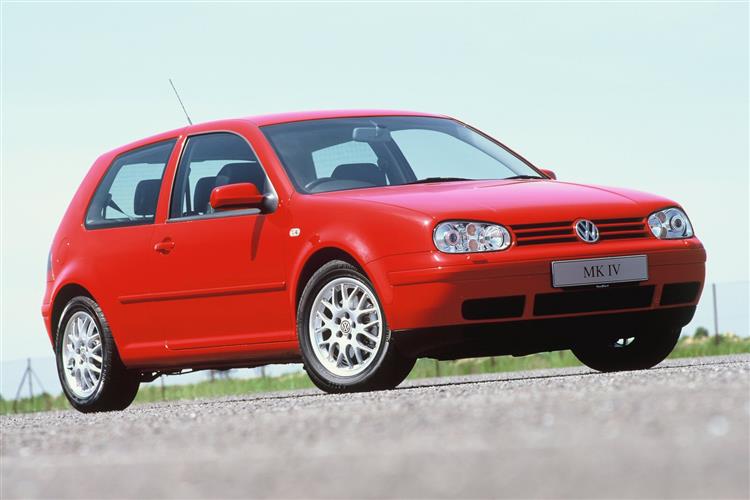