E FOR EXCELLENT (some text hidden)

If you want a Mercedes-Benz, with its image of restrained style, disciplined authority and sporting understatement, then the car you're probably thinking about is an E-class. The first generation model (produced between 1993 and 1995 though estates, coupes and cabriolets continued for a while) is an excellent buy and there are plenty to choose from on the used market.

Originally, the E-class was a line-up of mid-range models, ranging from the 200E to the 300E, introduced late in 1985. Saloons, then estates were offered first before coupes and, ultimately, convertibles arrived. In 1993, the range was rationalised and renamed as the E-class line-up at the same time as enjoying a minor facelift; you pick the later cars by their clear front indicator lenses and wide side mouldings. This first generation E-class range was a huge success for Mercedes. Over 10 years, it held sway as Europe's favourite executive saloon; even months before it began to be replaced in 1995 by an all-new model range, it remained Britain's best selling luxury car.

What You Getword count: 169

'The Best or nothing' was the personal motto of Gottlieb Daimler and the criterion he applied in creating the automobile. A century later, it remains the guiding spirit of the company he co-founded. Most Mercedes-Benz customers feel the same. Few would consider a Vauxhall or a Ford, a Rover or a Saab as an alternative, however luxurious. None of those cars could give them the feeling of driving a universal automotive benchmark, a car which sets the standards by which others must be judged. There's a great deal of mythology in that of course. In many ways, the Stuttgart company can no longer claim to be in a class of its own, with great strides by rival manufacturers, notably neighbours BMW, challenging the premium prices still being asked by the three-pointed star. Even so, the ownership of a Mercedes-Benz still remains the mark of instant status. Somehow, just seating yourself behind the wheel is enough to send a little rush of pride seeping through the veins. You've made it. 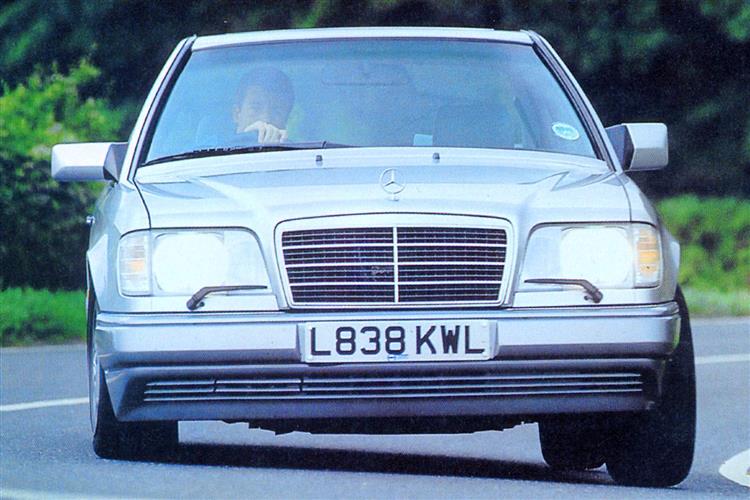