The Nissan Patrol has never managed to embed itself into the British perception quite as its makers had hoped. It lacks the leviathan image of Toyota's Landcruiser or the class of a Land Rover product. Too rugged to attract to the fashionable crowd, it has fallen between a number of stools. Still, it has been a mainstay of the Nissan range for nearly half a century and has sold in steady, if unspectacular, volumes. Appealing to the likes of farmers and serious off road enthusiasts, the Patrol sells itself on its virtual indestructibility.

The Patrol has been around in one guise or another for over forty years. Back near the dawn of time, it was a crude, noisy four-wheel drive vehicle, offering little in the way of creature comforts. As with most vehicles that seem to have been around forever, the Patrol has developed into a car that is supremely fit for its purpose. To make the report manageable, we are concentrating on models produced since 1995, when a revised range was launched, dubbed the Series 460. This consisted of the 4.2 SE, with a 168bhp 6-cylinder petrol engine, and two diesel models, the 2.8 TD SLX and the 2.8 TD SE. The TD SLX was a three-door station wagon body style, with a 6-cylinder turbo diesel engine generating 111bhp. The TD SE shared the same body style as its petrol engined brother, the massive five-door station wagon. The Patrol was replaced by the Patrol GR series in 1998.

Years before virtual reality, Nissan perfected the science of virtual indestructibility. The result is the Nissan Patrol. It's not pretty, it certainly isn't quick, and even in diesel-engined guise, particularly economical. With its boxy shape more likely to be mistaken for the trap at a clay pigeon shoot, the Patrol is not a favourite of the Barbour brigade, although its serious off road credentials are frequently put to the test. The Patrol is one of the few off road vehicles that are frequently taken off road. Favoured by farmers, tree surgeons, vets, and gamekeepers, the Patrol is happiest when up to its axles in squelching mud. Of the models reviewed here, the 4.2 petrol engine is the beast of the bunch, its raw power making it the bluntest of implements with which to sledgehammer any obstacles. The 2.8 litre diesel engines of the Patrol range are perhaps the most versatile, however, offering a decent balance between economy and torque. Just don't expect Lexus-style refinement. 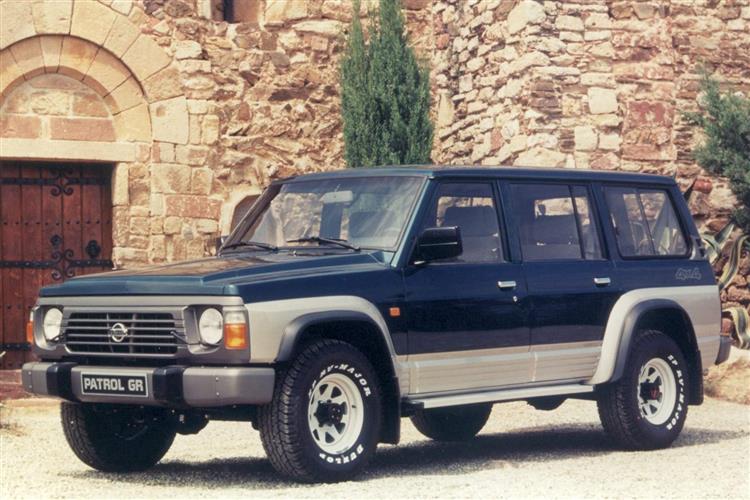