I KNOW YOU GOT SEOUL (some text hidden)

Daewoo's bargain basement, no-frills approach to car manufacturing may have enabled it to get a toehold in the UK market, but such a strategy isn't a viable way to maximise profits in the car industry. Building added value into a product and charging a little more for it is a far better business model and it's one that Daewoo had to pursue, encumbered as they were by a brand name that still smacked of lowest common denominator motoring. The Kalos was their first offering in the supermini sector that could sell without price being the overriding factor and it was good enough to put a lick on quite a few more mainstream names. Tracking down a used example shouldn't be too difficult and nor should it prove a big risk.

First seen in the UK at the 2002 Motor Show, Daewoo's Kalos wowed the crowds with its avant garde styling and neat interior detailing. Cars started arriving in dealer showrooms in early January 2003 and take up was good. The range initially consisted of the 1.2S amd SE models and a 1.4SE version. The 1.4-litre 16-valve cars arrived a few weeks later, being offered in SE or SX trim. Summer 2003 saw the introduction of the value-packed 1.4 Xtra and the sporty 1.4 16v Blue edition. The death knell sounded for the Kalos when Daewoo ceased to be but the car continued rebadged as a Chevrolet with some success.

What You Getword count: 609

The styling is certainly eye catching, although the exterior contours have not been penned at the expense of practicality. This is, after all, a Daewoo and must offer value for money twinned with common sense utility that buyers can relate to. With each successive generation of cars from the Korean manufacturer becoming ever more sophisticated, the Kalos represents the first time that a Daewoo has been genuinely class competitive and not just recommended because of its pocket money pricing. Pitch the sticker price of the Kalos into the middle of the current set of superminis and it would still find several takers. It's certainly not bland. "When we designed it, we set out to produce an alternative to conventional lines and tread new paths in terms of design," says Giorgetto Giugiaro, explaining the philosophy behind the design of the Kalos. You could say he's hit that particular bullseye. The front end is quite unlike any other production car, the huge headlights striking in their clear glass lenses with indicators that are arranged almost like eyelids. The flanks of the Kalos are marked with three competing attention seekers. Firstly there's a swage line across the front door that heads rapidly south as soon as it encounters the rear doors. The front wheelarches are rounded, but the rears have a squared off blister above them which really shouldn't work but does. Finally there's a strange, almost vestigial, third window at the side that Daewoo claims, "optically loosens the rear of the car." Make of that what you will. The interior is as striking as the bodywork. Far from the usual South Korean elephant grey, the Kalos features high quality materials and imaginative design. Imagine Volkswagen at its best and then splash that design with a few touches of metallic brightwork and you'll not be too far from the mark. In the SX variant, there's a contrast between anthracite centre console and pale grey on the dashboard. The steering wheel and instrument binnacle are also finished in anthracite with a subtle carbon-fibre effect surrounding the window switches. The twin ventilator rosettes that burst from the top of the dashboard highlight a circular design theme that's continued throughout the cabin, mirrored on the side air vents, the displays and the door handles. You'll even find the theme continued on the fabric applied to the doors. The passenger compartment is extremely spacious, due in no small part to the 2.48 metre wheelbase - one of the longest in the supermini class. Daewoo claim the 955 millimetres of headroom to be a class best. The rear seat splits in the normal 60/40 manner but also has a trick up its sleeve. You can not only fold it down, but also jack-knife it forward and secure it to the back of the front seats. This little party trick frees up a cavernous 735 litres of available luggage space, in effect more than quadrupling the usual capacity of 175 litres with the rear parcel shelf in place. Safety is well catered for with all models getting anti-lock brakes with electronic brakeforce distribution, twin front and side airbags, three-point belts on all five seats and ISOFIX anchorage points for a child seat in the back. Otherwise expect to find power assisted steering, central locking with alarm, electric front windows, cup holders front and rear, an auxiliary power outlet in the back and a tilt adjustable steering column. The SX adds air conditioning, electric rear windows, a height adjustable driver's seat, a tachometer, front fog lamps, a dipping rear view mirror and - last but not least - a picnic table on the back of the front passenger seat. 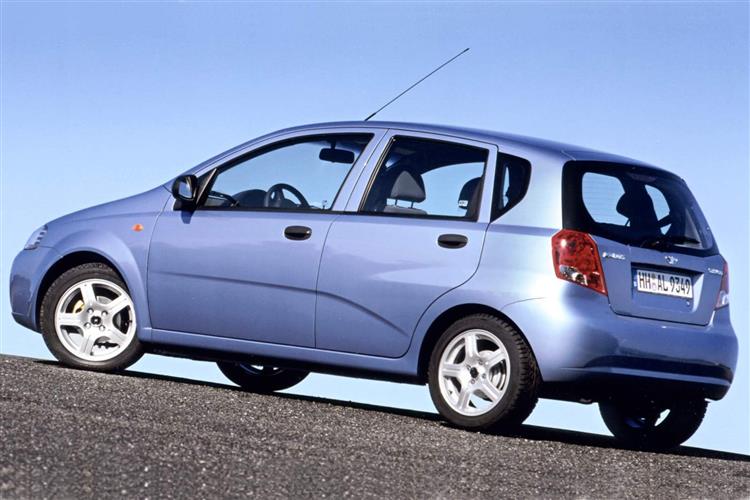