Used car buyers are always after something for nothing but by and large, the market is well up to speed on what's hot and what's not. Every once in a while something gets by the Great British public and just such a car is Toyota's post-2001 Camry. Many potential buyers firstly have no idea what a Camry is and if they do, they probably recall a car from the mid-eighties that was, at the time, little more than a Sierra or Cavalier challenger. The fifth generation Camry was a whole lot different, bringing Lexus-like quality to the mainstream Toyota range. With criminally depressed used values, these cars offer a very effective way of getting into quality used metal at a bargain price.

The Camry has been largely ignored by British buyers since its initial introduction in 1983 and Toyota's subsequent attempts to drive the car ever further upmarket only resulted in a further dwindling of sales. This must have been a puzzler as the car was a runaway hit tin the States where it was repeatedly voted the best sedan on sale. Viewed objectively, the MK5 Camry was a very good car indeed. Launched at the 2001 Frankfurt Motor Show, the fifth-generation Camry offered a choice of 2.4 or 3.0-litre V6 petrol engines, was very well equipped and also proved effortlessly reliable. The problem was that it just didn't look the part, the styling being redolent of a rather overblown Avensis. It wasn't the sort of thing that would tempt BMW 3 Series or Audi A4 drivers to trade for something bigger and, Toyota claimed, better. It didn't help that the car also competed against the excellent Lexus IS200. Minimal sales ensued until the cars were quietly deleted in 2004.

Toyota's task would probably have been a great deal easier in 2001 if the fourth generation Camry had been an utter dog, a genuine duffer that needed a root and branch revision. Road tests would have crowed about what a huge improvement over the outgoing model the latest car was, that here was car that had forced its way onto the executive shortlist. As it was, the previous car had been good but ignored, a fate that, it was obvious, would also befall the MK5 version, just as it would many non-premium rivals such as the Peugeot 607 and the Volvo S80. The only way to overcome such inertia would have been to introduce a genuinely boldly styled offering that would make people sit up and say, "That's a Camry?". In this respect, the MK5 Camry proved a bit of a disappointment. Yes, it was cleanly styled, well proportioned, even rather handsome in a bland way but without any great sense of edginess, adventure or desirability. It won't make you the envy of the office car park. Get beyond the dull lines and you'll find Toyota have made a good fist of lending credence to the claim that the Camry was the car the Lexus IS200 always should have been. 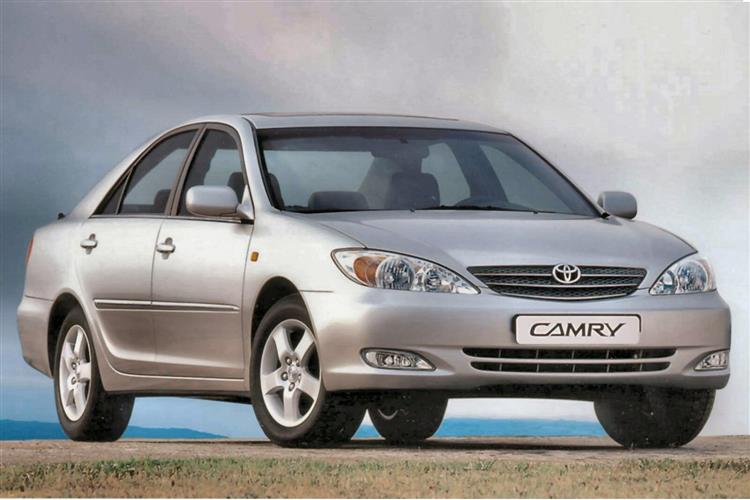