It's impossible to talk about the Ford Probe without mentioning two facts. Firstly, it was an American Ford based on Mazda underpinnings and secondly, it was a latter-day replacement for the good old Capri. As such, it did well to recapture all the good things about the original Capri and draw cleverly on that 1990s-style US image - the kind you associate with MTV, Coke and Levi's. Cool, in a word. Buyers eventually took to the Probe, though not as enthusiastically as Ford would have liked. Often, more than a little help was needed from dealers eager to discount the cars. Both four and six-cylinder versions were generously equipped and drove well. Yet in this part of the market, it's image that counts: smart and stylish as it was, the Probe never had it.

We didn't see the first generation Probe, unlike our continental neighbours, due to it being for left-hand drive markets only. The new version, released in March 1994, was designed with big right-hand drive markets like the UK, Japan and Australia in mind. It didn't feel overly-American and glitzy, unlike its predecessor. Indeed chunky steering wheel aside, the interior styling was very restrained and quite stylish. Two versions exist. One, a 2.0-litre 16-valve four-cylinder car,was the base model and a 24-valve 2.5-litre V6, called '24V', was the other choice. Both were introduced at the same time and were modified only slightly since. A sunroof became standard on 2.0-litre cars in June 1995, matching the V6 spec, and there was another minor update for the 1997 model year; the 24V's wheels were a new design, stereos were uprated and the 2.0-litre gained leather upholstery as standard. The Probe was finally laid to rest in the UK in 1998 when it was replaced by the all new Cougar.

What You Getword count: 107

Great looks, good performance and loads of equipment. Both cars have central-locking, electric windows and a powered aerial, as well as driver and passenger airbags. The 24v boasts a leather-covered steering wheel to match its seats and a standard electric sunroof. Many cars have the optional air conditioning and it's definitely worth having as there's a lot of steeply-angled glass in these cars. Though the cars have four seats, you wouldn't want to travel in the rear of a Probe for a long distance - there's simply not enough head and legroom. So good luck if you're trying to convince the family you're buying it for them. 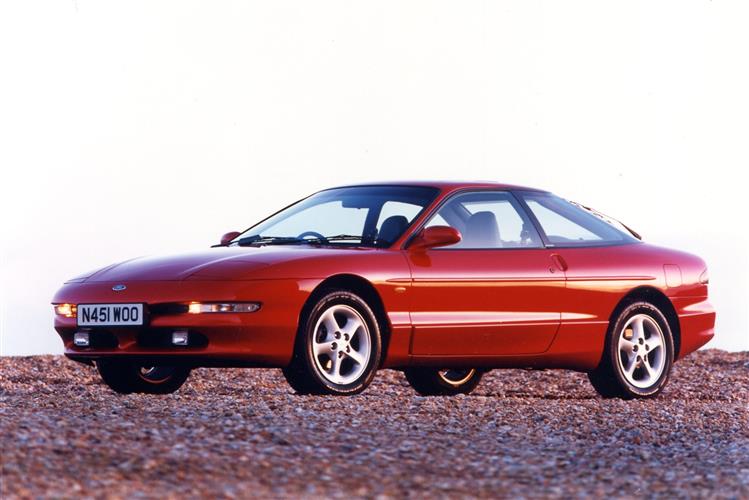