SURVIVAL OF THE FITTEST (some text hidden)

It was no surprise to Mercedes-Benz when BBC TV's Top Gear programme pronounced their 190 'The Best Used Car You Can Buy'. Stuttgart's first ever compact model really does make a great deal of sense on the second-hand market, no matter what your budget. If you thought a Mercedes was a little large and a touch expensive for your modest needs, then a used 190 provides the perfect solution. For the same money as a contemporary Mondeo, Cavalier or Rover 400, you can have a compact yet classy car that will make the neighbours very jealous.

The 190 was launched in 1983, the first compact car Stuttgart had produced. Initially, buyers could choose only a 2.0-litre, four-cylinder petrol engine model, with power steering, central locking and electric mirrors as standard. A year later however, a 2.0-litre diesel arrived, and a sporty 2.3-litre 16-valve flagship was announced in 1985. The six-cylinder versions arrived in 1987, with the 2.6-litre 190E and 2.5-litre 16-valve arriving in 1988 when the range was slightly facelifted. Finally, a bespoilered 144mph Evolution variant was imported in tiny numbers in 1990. The range was superseded by the C-class in 1993.

What You Getword count: 92

Safety is a recent obsession for most manufacturers - but not for Mercedes. Hence the fact that even the earliest 190s have seat belt pre-tensioners, double-skinned pillars, anti-burst locks and crumple zones. Later models were fitted with anti-lock brakes (1991) and driver's airbags (1992). The 190 was one of Stuttgart's most successful models ever so there are plenty to choose from. Some garages specialise in stocking immaculately maintained older examples as well as late, low-mileage cars. Whichever you decide upon, the build quality is so good that you can buy with confidence. 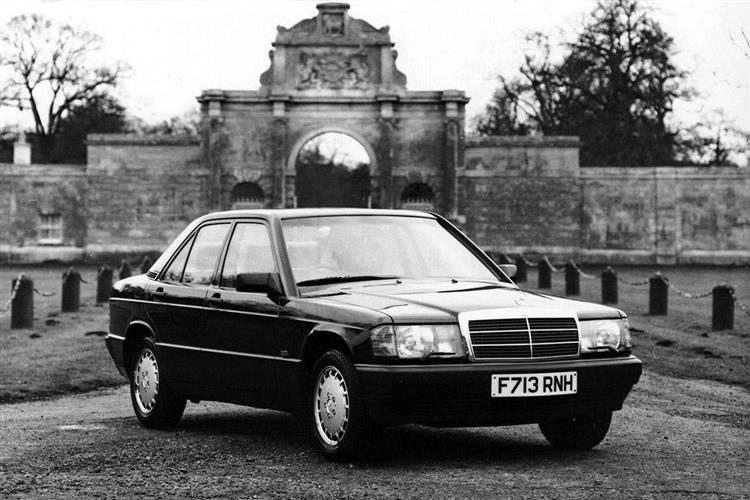