GOING FOR AN ITALIAN (some text hidden)

Fiat's Bravo was launched at the very end of 1995, the three-door twin to the five-door Brava announced at the same time. This was the car that finally began to convince the British buying public that Fiat could indeed make a class-leading family hatchback that would last.

The three-door-only Bravo range was launched in December 1995 to replace the three-door Tipo which had sold in small numbers. It shared the same platform, chassis and engines as the five-door Brava range announced at the same time. The styling however, penned by German Peter Fastbender, was jauntier and aimed at a younger audience. Initially, buyers chose between three petrol engines: a 12-valve 1.4, a 16-valve 1.6 and a sporty 1.8. Most customers opted for the 103bhp 1.6, which develops most of its power in the mid-range, exactly where you want it for easy overtaking. In November 1996, two turbo diesel engined-versions were added - the TD 75S and the more potent TD 100SX and at the same time, automatics were made available for the first time. In March 1997, having originally said they would never import it, Fiat changed their minds and brought in right hand drive versions of the range-topping 2.0 HGT, with the five cylinder 2.0-litre normally aspirated engine used in the sporty Coupe. In early 1999, second generation models reached the UK, complete with a revised series of engines including a 1.2, handling improvements plus subtle interior and exterior cosmetic changes.

Forget anything you ever thought about small cheap Italian cars: doors that clang, switches that separate in your hands and driving positions designed for primeval beings. The Bravo has none of these drawbacks with build quality that, in the main, was pretty good. There are some nice design touches too. Like the jack which converts like a Swiss army knife into a complete tool kit. Or the security screen that pops out of the facia to hide the high-mounted anti-theft stereo. Admiring the easy, sculpted lines that dominate both inside and out, it's easy to speculate that practicality may have given way to personality. That's a claim that Fiat dealers will be quick to refute. Those swoopy lines may suggest styling took priority over function but the Italian designers have also managed to create a surprisingly roomy car. True, rearward visibility isn't quite as good as some competitors, but in every other respect you'll be extremely comfortable, wherever you end up in the cabin. 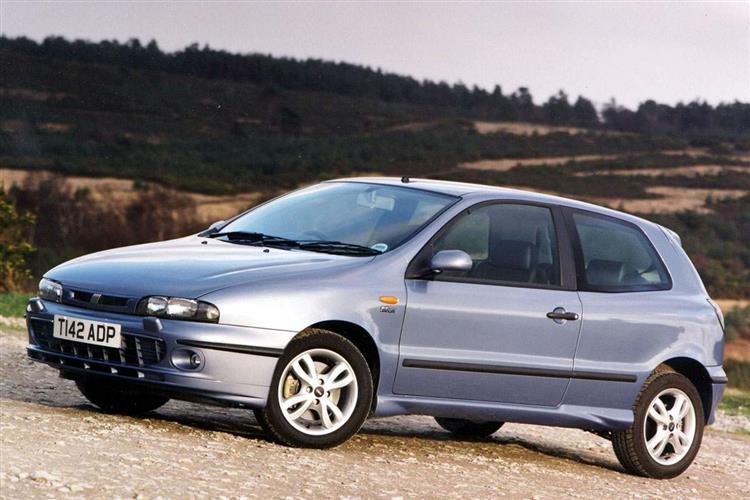