SWEDE IN CLOGS (some text hidden)

This was the model that began the change in Volvo's image. When the 400 series was launched in 1989, the Swedish cars were still seen as dowdy and boring. It would be putting things too strongly to suggest that the 400 saloons and hatches changed all of that, but it was certainly a car that challenged the preconceptions.

Remember the ad? The car crashing through the plate glass window from two floors up with the dummy at the wheel. Yes, the 400 series was that car. The hype gave us the impression that this Volvo was significantly safer than its competitors - though this was not actually the case. Some argued whether it was actually a true Volvo at all. The car was developed with the substantial aid of British design studio IAD and built in the Netherlands rather than Sweden. It also featured Renault engines under the bonnet. Though only the five-door 440 hatchback was offered at launch, a 460 saloon arrived a year later. Initially, Volvo tried to charge extra for the boot, but that wouldn't wash with buyers and, for most of the range's life, four and five-door models were sold at the same prices. The initial range was based around the Renault 1.7-litre engine in normally aspirated and turbocharged forms. In 1991 however, all normally aspirated 1.7-litre variants were dropped to make way for 1.6 and 1.8-litre cars. An even better 2.0-litre unit was added in the summer of 1992. A year on, it was time for a facelift, accomplished with some success, borrowing many of the curvy styling cues from the executive 850 range which had been announced a few months before. At the same time, the safety question was addressed, and a driver's airbag was made standard across the range. A 1.9-litre turbo diesel was announced in June 1994, a powerful engine but a noisy one. By this time, Volvo was having to work hard to sell the car. There were numerous special editions - the LE, the Xi and the SXi - some of which had features like alloy wheels and air conditioning. A unique approach was pioneered with 'trim packs' from 1994 (subsequently introduced for all Volvo models). You could choose your engine and body style, then select from five different trim and equipment specifications above the entry-level version. Particularly worthy of note were the S versions, which came fitted with Volvo's clever child-orientated Family Pack. This included fold-out child seats from the rear seat cushions and helpful features like shopping nets to stop your groceries sliding around in the boot. There were also the allegedly sporty Si models, the SE business user grade, the GLT performance cars and the CD luxury flagships (which couldn't be ordered in turbo diesel form). The range was discontinued at the end of 1996.

What You Getword count: 48

The perceived prestige of the Volvo badge at a mass-market price. The downside is that the interior and boot space are significantly down on equivalent Cavaliers and Sierras. Still, as Volvo point out, that never held the 3 series back. BMW might take issue with the comparison however... 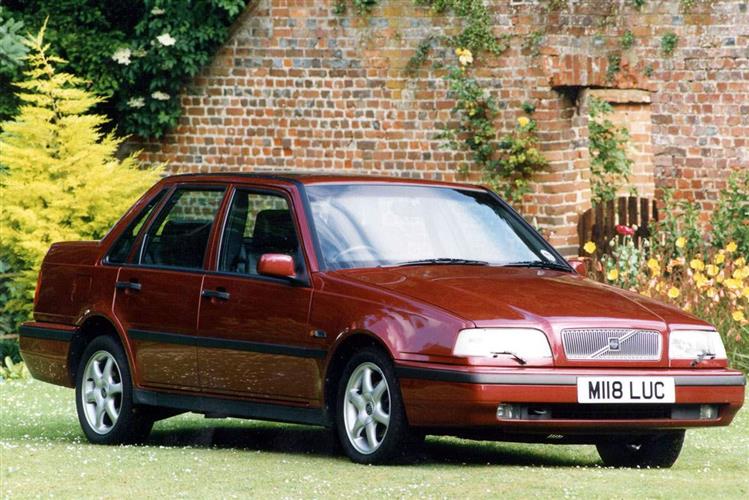