Volvo's everlasting 700 flowered into the 900-series in late 1990. The name remained until spring 1997, denoting 940 four-cylinder and 960 six-cylinder series cars. The 940 changed little in this period but the 960 became a far more modern executive saloon and estate, thanks to the addition of new engines and an extensive facelift in 1994. In fact, the origin of these cars went all the way back to March 1982, when the original 760 GLE was launched. However, a series of revisions meant that later cars shared almost nothing with the original V6-engined saloon. Like the 700 series range they replaced, the 900 series cars were very successful, especially as estates, making great family cars and load carriers. There are still a large number of well looked-after examples on the used market.

The 900 series range was launched in September 1990 as two separate models, though they shared the same basic structure and shape. The 940 was available with 2.0 and 2.3-litre four-cylinder engines and a six-cylinder 2.4-litre turbo diesel. Volvo pitched the 940 models downmarket of the 960 and the engine and trim levels reflected this. The 2.5 and 3.0-litre six-cylinder engines, for example, were reserved for the 960. Apart from a small run of 'H' and 'J' registration 2.3-litre turbo estates, the six-cylinder engines powered all 960s. In the 940 range, the base model was initially the GL, though this later changed to the S. These cars have a five-speed manual transmission as standard and a four-speed automatic was optional. Equipment included power steering, central locking, heated electric mirrors, electric front windows, heated front seats, a four-speaker stereo and a 'ski flap' on the saloons that allowed long objects to project from the boot into the middle of the back seat. Cars in SE-spec also had an electrically powered sunroof, aerial and rear windows. There was also a turbo version of the 2.0-litre. The 2.3 GLE had either eight or 16-valve engines. Both had alloy wheels and ABS. Above these two was the 940 turbo which had a turbocharged version of the 2.3-litre engine. This engine was the same as that in the 960 turbo estate. These cars had an electrically adjustable driver's seat and climate control. The top-model 960 2.9 (some sellers call them 3.0-litre) had cruise control as well as most of the features of the lesser cars. Volvo changed the name of its biggest car early in 1997 but left virtually everything else alone. In line with its new policy, the saloon was now known as the 'S90' while the estate became the (versatile, according to Volvo marketing) 'V90'. The S90 was replaced in October 1998 by the new S80 saloon (no estate equivalent). A 'replacement' for the V90 didn't appear until early 2000 when the all-new, larger V70 estate (no saloon equivalent) was billed as its successor as well as replacing the previous V70.

A big, safe and softly sprung cruise-mobile. The 960s are the real mile-eaters with their heavier weight (due to extra equipment) and smooth, six-cylinder engines. The estates are the definitive cars for those who need a prestige car that still looks good after frequent trips up and down slushy lanes with dogs and children on board. An alternative Range Rover perhaps? 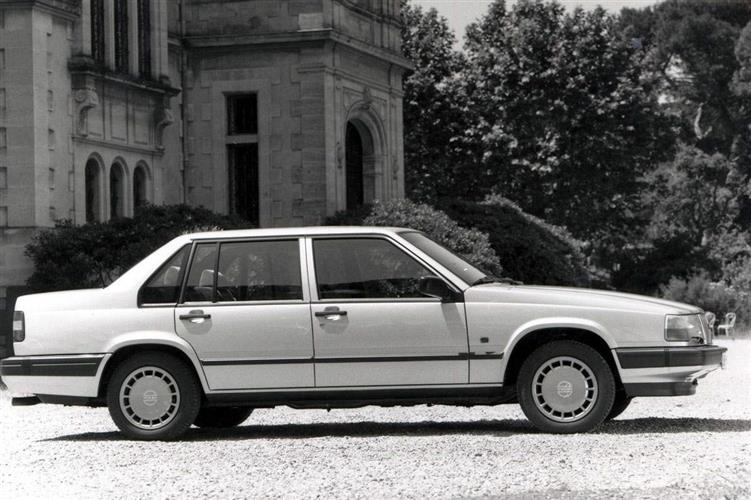