Before the 850's arrival in 1992, Volvos were safe and usually uninspiring. This car changed all that. Now, the franchise had a fine-handling and attractive-looking executive contender good enough to take on the Germans. 'A car you can believe in' became 'A car you might want to be seen in.' A front-wheel drive Volvo was a radical step for the then conservative Swedish company, especially when the new car also boasted an unusual five-cylinder engine. To Volvo's credit, their marketing was, and still is, brilliant, with the result that the 850 and its successors, the S70 and V70, have been big hits with British buyers. It all means that those looking for used 850s now have quite a choice.

The first cars arrived in the UK in 1992. Estates followed in the Spring of 1993 and they quickly began to outsell the saloons, as traditional and first-time Volvo buyers eagerly embraced the new car. Engines were 2.0-litre and 2.5-litre units, with either 10-valve or 20-valve cylinder heads. Original trim levels consisted of SE, GLT or CD, though baseline and S variants were later added. A 2.3-litre turbo joined the range in October 1993 and was extremely popular in T5 spec. Keep an eye out for the limited edition T5-R (for Racing) which boasted 250bhp and was very quick. A diesel turbo engine option appeared in October 1995. Borrowed from Audi, the 2.5-litre five-cylinder unit boasted excellent economy and came in GLT, SE or CD trim. Also in 1995, petrol cars in standard trim were called S. In 1996, a lightly-turbocharged 2.5-litre AWD estate with four-wheel drive was announced. The 850 became obsolete at the end of 1996, replaced by facelifted and re-badged successors called the S70 saloon and V70 estate.

What You Getword count: 114

A sensible and very safe family car with performance in some models that may surprise you. T5 turbos have a 150mph top speed, and, more importantly, the handling and road-holding to cope with it. All 850s are well built and solid - later cars have Volvo's Side Impact Protection System (signified by a SIPS sticker on the back window) to better protect you in lateral collisions. Standard equipment is good, no matter which trim level you pick. The original SE and GLT both came with a sunroof (electric on the latter) and electric windows, as well as an adjustable steering column. Options were extensive and many cars feature air-conditioning, leather trim and cruise control. 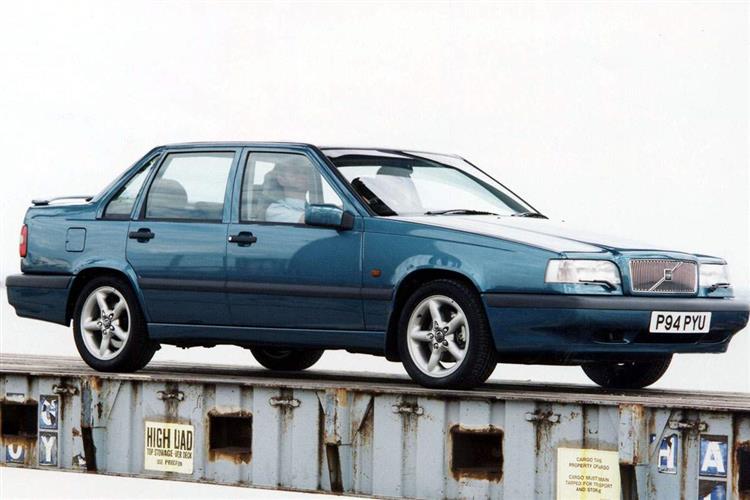