Though you don't see many around, Renault's big Safrane five-door executive challenger had more friends than you might imagine. Across the continent, it outsold most of its mainstream rivals. Here, it enjoyed a small but loyal following and those cars are worth seeking out if you fancy something a little different as a prestige used car. The Safrane suffered a little from the reputation of its predecessor, the 25, which was built to rather inconsistent standards early in its life and consequently suffered losses to its resale value and reputation. The Safrane was an excellent product right from the start and, for buyers in the know, makes an excellent bargain used buy.

Launched in early 1993, the Safrane was part of a new wave of 'named' (rather than numbered) Renaults that signified a new era of quality, reliability and sales success for the French company in Britain. The first Safranes to reach these shores in February 1993 were powered by 2.0, 2.2 four cylinder and 3.0-litre V6 petrol engines. The 2.0-litre was initially available only with RT trim but cheaper RN versions arrived in May at which point the RT lost its standard air conditioning. The V6 came only with RXE trim. A third engine was added to the range in March 1994. It was a 2.2-litre four-cylinder and was sold with RN, RT, RT Executive and Vi Executive trim. The last engine to be added to the original-shape cars was a 2.5-litre four-cylinder turbo diesel, in June 1995. It was available only with Executive trim. The range was completely revamped in late 1996 with a 2.5-litre five-cylinder engine (borrowed from Volvo) replacing the V6 in the top-model 20v Executive. The 2.2 was dropped but the 2.0-litre models remained as either 2.0i or 2.0i Executive. Styling front and rear was altered significantly, though the interior was changed less markedly. Generally, the specification went up and prices down but sales were so low that used examples are rare. The Safrane was quietly phased out of the UK during 1999.

What You Getword count: 116

Renault always made much of the way that the Safrane's occupants were 'cocooned' within a spacious and comfortable environment. For the driver, there's a specially designed dashboard which 'opens out' towards the passengers and flows into the door panels. For the facelifted October 1996-onwards cars, stowage spaces were incorporated throughout, with lidded bins in the front door armrests and there were new, softer colours to further improve the atmosphere over the original Safrane. The cars' dynamics are pretty much up to German standards and so is the build integrity. Not only do the doors 'clunk' shut and the switches work with a satisfying 'click', there's also a quality feel to the materials chosen for the interior. 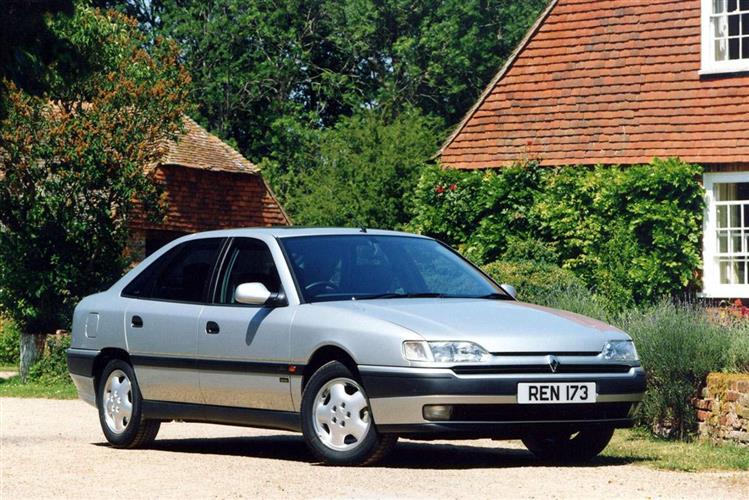