Some estate cars make a fashion statement. Some estate cars are practical load-luggers. But only one estate car can do both: the Mercedes E-class. There's a wide choice of examples on the used market - many of them at affordable prices. The kind of money you'd pay for a plus, late model Ford or Vauxhall. Viewed in this light, the practical E-class with its impressive build quality, enduring style and rock-solid residuals, makes a lot of sense.

Throughout the 1980s, the Mercedes TE Estates were seen as the classiest station wagons you could buy. By the end of the decade, there was a choice of five engines: 2.0 or 2.3-litre four cylinder units, 2.8 and 3.0-litre six cylinder engines and a 2.5-litre diesel. The 3.0-litre petrol unit was also offered in 24-valve form with optional on-demand 4MATIC four-wheel drive. In October 1992, the 200TE gained a 16v head, while the 230TE was replaced by a 220TE model. Likewise, the 300TE variants gave way to a single 320TE model. These badge designations didn't last long, replaced in August 1993 by the new gradings introduced for the first generation of E-class models, almost identical to their predecessors apart from minor cosmetic changes. These lasted until 1996 when they were replaced by an all-new range of second generation models. Launched in June 1996, the new line-up initially offered buyers a choice of four cylinder E200 or E230 models. In March 1997, six cylinder E300 turbo diesel and E320 V6 petrol variants were added. In September 1997, a V6 E240 model replaced the E230 and a V8 4.3-litre E430 petrol flagship was introduced. Most second generation E-class estates came with three trim options: Classic, Elegance and Avantgarde. In August 1999, the cars received a minor facelift and a common rail E320CDI turbo diesel model replaced the E300TD. A year later, a supercharged engine was installed in the entry-level E200 and the E240 given a 2.6-litre petrol unit.

What You Getword count: 20

Class and quality - in equal measure. The build quality is unrivalled -and so is the load space on offer. 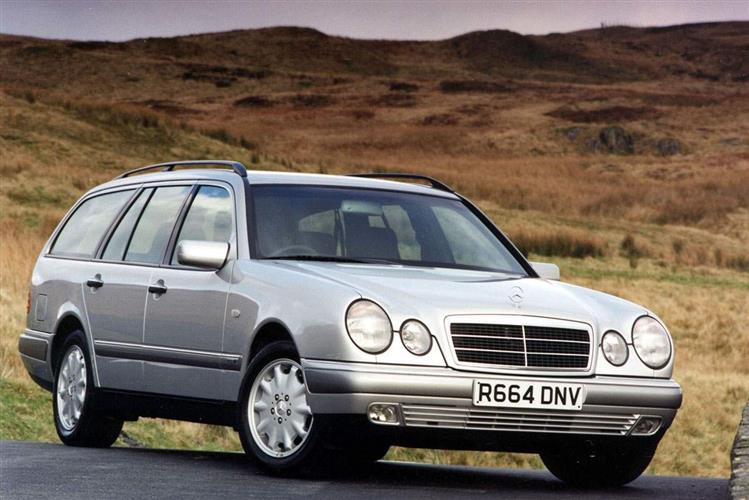